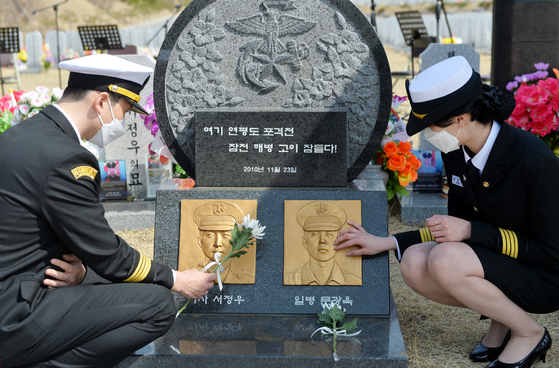 At Daejeon National Cemetery on Thursday, students from Mokpo National Maritime University pay their respects to two marines killed in artillery shelling by North Korea on Yeonpyeong Island on Nov. 23, 2010. Two marines and two civilians were killed and 30 marines were injured in the shelling. [KIM SEONG-TAE]