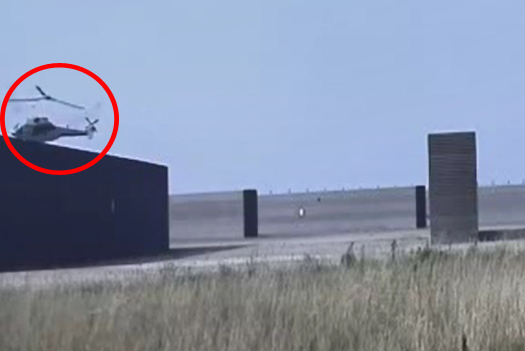 Footage from the July 2018 crash of the MUH-1 helicopter showed the blades detaching from the main aircraft body. [YONHAP]


Prosecutors decided on Friday not to pursue an indictment with regards to the crash of an MUH-1 helicopter in July 2018 which took the lives of five Marines and seriously injured another, despite pleas from bereaved family members to hold the manufacturer and the military responsible for the tragedy.

According to the office of People Power Party (PPP) lawmaker Ha Tae-keung, prosecutors informed the family members of the deceased Marines two days before Memorial Day that Kim Jo-won — then-president of the helicopter's manufacturer Korea Aerospace Industries (KAI) and former senior secretary for civil affairs — would not be charged for criminal negligence or homicide due to lack of evidence.

The MUH-1 amphibious helicopter which crashed — often referred to as Marine One — was starting a test flight on a runway at the Korean Navy’s Sixth Air Wing base at 4:46 p.m. on July 17, 2018, when its blades suddenly detached from the main aircraft body shortly after takeoff. The helicopter fell out of the air, crashing and catching fire.

Five of its passengers, including its 45-year-old pilot, were killed after the helicopter caught fire after hitting the ground.

The families of the deceased have expressed outrage at not only the prosecutors’ decision, but also the timing of the notice.

“Three years ago, the Blue House requested our presence at a Veterans’ Day celebration before the traditional mourning period of 49 days had passed. This year, they told us just before Memorial Day that no one is at fault,” said lawyer Park Young-jin, who is the uncle of one of the fallen marines Park Jae-woo. “Are they mocking us?”

Park added the official response contrasted sharply with the government’s actions in response to last month’s death of a female Air Force officer, who had reported sexual harassment in her unit.

“We felt the sky crashing down as we saw the president order a probe into the officer’s death and the Air Force’s chief of staff resigned,” Park said. “Five elite Marines instantly lost their lives due to a blatant mechanical defect and not one person from the Blue House, Defense Ministry, Marines or KAI faced any kind of penalty, let alone punishment.”

Park also criticized the Blue House’s treatment of the marines after their deaths.

“At the time of the crash, the Blue House only sent flowers. Only three days later did they post a message of condolence on social media and send two secretaries to the memorial altar.”

A year after the accident, the Blue House also decided in July 2019 to appoint KAI President Kim as senior secretary for civil affairs, despite protests from the bereaved families.

Park suggested that the appointment of Kim played a role in blocking progress of an indictment in the case.

“We opposed his appointment because Kim’s position allowed him to oversee prosecutors just as they were investigating the crash.”

Park said the families would continue fighting for an indictment in the case.