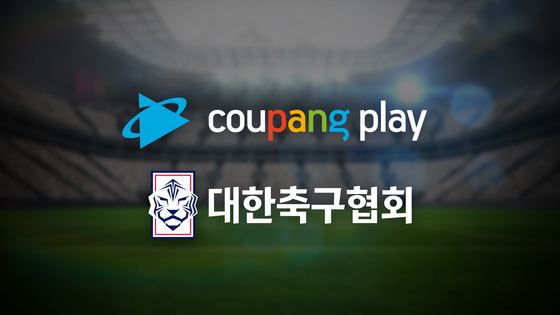 The e-commerce operator on Monday said it will live stream the match, which is being played in Yokohama and will start 7:20 p.m.

The company also plans to live stream a qualifier for the FIFA World Cup in Asia in June.

The service is available to those who are Coupang's Rocket Wow members.

Coupang Play “has expanded its live stream program to enable Rocket Wow members to enjoy football games played by the national teams on their hands [via their smartphone],” said a spokesperson for the company, vowing to introduce more diverse content via the over-the-top service.

Other retailers have also been trying to approach potential customers through sports. The Shinsegae Group announced at the end of January that it was buying the Incheon-based Wyverns.