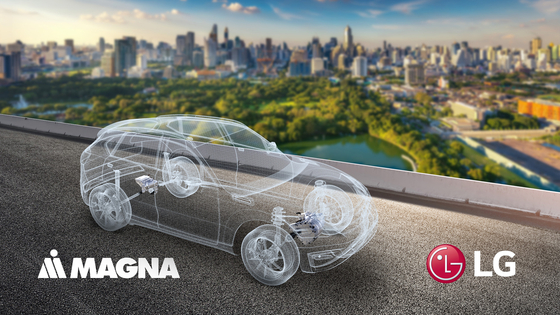 An image released to promote a joint venture between LG Electronics and Magna. [LG ELECTRONICS]


LG Electronics shareholders approved the spin-off of an electric vehicle (EV) powertrain unit, part of a plan to set up a joint venture with Canadian automotive supplier Magna International.

The agenda was put to vote at LG’s 19th annual shareholder meeting on Wednesday.

LG’s EV powertrain business will be spun off from the vehicle component division as a wholly owned subsidiary. Magna will eventually buy a 49 percent stake. The joint venture will tentatively be named LG Magna e-Powertrain and is slated to be launched in July. 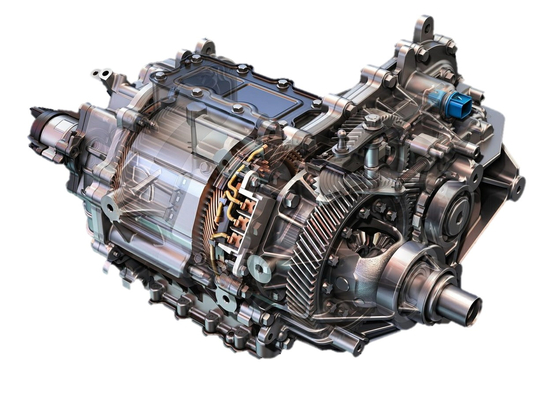 
In automotives, the powertrain are the components that generate power required to move a vehicle.

The venture will be headquartered in Incheon, Gyeonggi, with more than 1,000 workers now working for LG.

For LG, the collaboration with Magna, the world’s third largest automotive component supplier, is a major bet on the automotive parts business for EVs.

The announcement of the project on Dec. 23 caused LG's stock to hit the daily limit and reach an all-time high of 119,500 won.

Another major issue for the annual meeting was the future of LG Electronics’ smartphone business. In January, LG announced it was reviewing its mobile business from scratch.

At the meeting, the company merely repeated its previous statement.

As of late 2020, the company’s mobile business had suffered losses for 23 quarters straight with losses. Altogether, the losses add up to 5 trillion won.

According to local media, LG had initially hoped to find a potential buyer to sell off the unit but failed, and may shut it down.