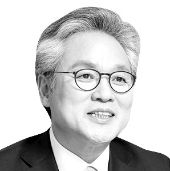 The author is the president of the Korea International Cooperation Agency (Koica).


Thirty years ago, Korea faced a great diplomatic turning point. On Sept. 17, 1991, South Korea became a member of the United Nations, and the Korea International Cooperation Agency (Koica) was established under the jurisdiction of the Foreign Ministry to exclusively handle Korea’s aid to foreign countries. If Korea’s UN participation marked a turning point for the expansion of the country’s diplomacy, the Koica launch signaled the beginning of the country’s contributions to the international community. After the successful staging of the 1988 Seoul Olympics and amid the tidal changes in the world such as the fall of the Berlin Wall in 1989 and the establishment of diplomatic relations with Russia the following year, the government declared that Korea would become a bridge connecting developed and developing countries and cooperating with them as a leading developing country.

Launched with only six branches overseas and a meager 17.4-billion-won ($15.3 million) budget in 1991, Koica has grown into a massive organization with 44 overseas offices and a 972.2-billion-won budget. Over the last 10 years, in particular, Korea ranked first among 30 member countries of the OECD Development Assistance Committee in terms of its annual rate of increase in official development assistance (ODA). Korea annually raised its ODA by 11.9 percent on average.

Such remarkable growth would have been impossible without the Korean public’s support. In fact, a survey in 2019 showed that 62 percent of the respondents were aware of Korea’s provision of ODAs to developing countries and 81 percent of them backed the government’s ODA. Koreans’ humanitarianism to help the world can be confirmed in their persistent individual donations to international organizations and other civilian development cooperation groups, even in the face of the pandemic.

Actually, Koreans’ spirit of trying to help developing countries with more hardships than us shone during the Covid-19 crisis last year. Koica supplied $150 million worth of face masks, test kits, negative pressure carriers and walk-through diagnostic booths on behalf of the government. As a result, over 30 million people could receive the benefits. Uzbekistan, which set up a pandemic headquarters after benchmarking the Korea Disease Control and Prevention Agency (KDCA), could lower Covid-19 cases to 18 percent of neighboring countries. In the process, Korea was able to export quarantine-related products worth more than 50 billion won. 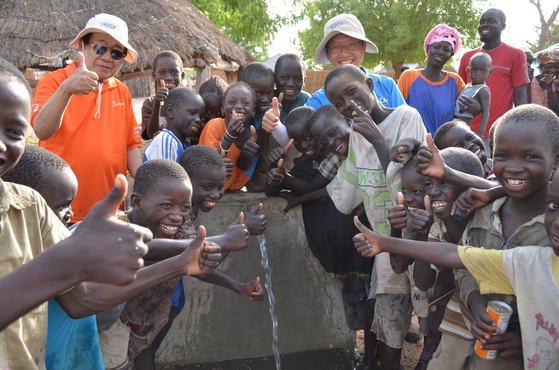 Volunteers from the Korea International Cooperation Agency (Koica) and local residents rejoice after tap water flows in a development project for a village in Senegal in 2013. [KOICA]


Koica also has been backing several international organizations combatting infectious diseases, including the Global Alliance for Vaccines and Immunization (GAVI), the Coalition for Epidemic Preparedness Innovations (CEPI), and Unitaid, an innovative funding mechanism to accelerate access to high-quality drugs and diagnostics for diseases. Such international organizations led the effort to establish Covax with the World Health Organization (WHO) last year to supply free Covid-19 vaccines to developing countries with no ability to purchase them on their own. It was through Covax that Korea first acquired Covid vaccines amid a heated battle last year to secure them. If you help others through development and cooperation entities, it ends up helping you directly or indirectly eventually.

The rationale for international development cooperation can be found in the United Nations’ Sustainable Development Goals (SDGs) aimed at allowing everyone to enjoy their lives without alienation and marginalization.