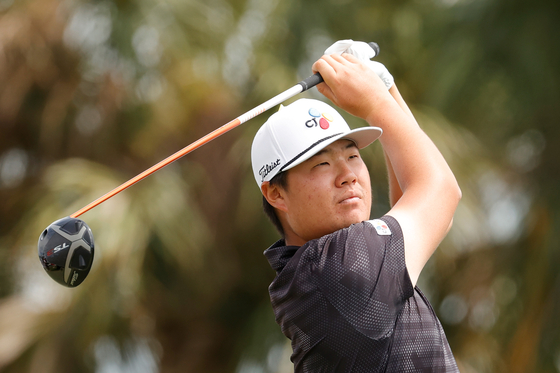 
Im Sung-jae has high hopes of proving his mettle at the grueling World Golf Championships-Dell Technologies Match Play in Austin, Texas from Wednesday to Sunday.

Im, currently No. 17 on the Official World Golf Ranking, enters the WGC-Dell Match Play for the first time in his career, hoping to use his aggressive style of play to become the first Asian golfer ever to win the event.

Match play tournaments take on a more directly competitive format, with players awarded for besting their immediate opponents, rather than for their overall stroke count.

“In match play, I have to focus on every hole," Im said ahead of the tournament. "I need [to] play well to beat my opponent. That is the main difference between match play and stroke play. In stroke play, every hole’s score matters, but in match play, if I lose one hole, I can make it up in the next hole. I still have a chance to compete with my opponent, so I need to keep my focus and the strategy is different.”

Im will need stamina as well as aggression to make it in Austin. The WGC-Dell Match Play sees the top 64 players in the world compete in three rounds of match play on Wednesday, Thursday and Friday, with only the winner of each of the 16 groups qualifying for the second phase on Saturday.

If Im makes it all the way to the finals on Sunday, he will have played a total of seven matches in five days.