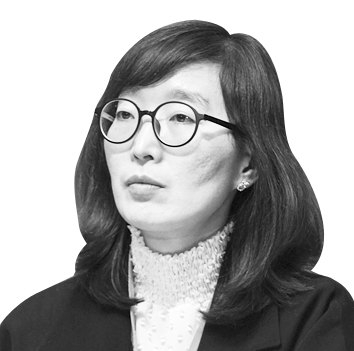 Hur Youn-kyoung
The author is a research fellow at the Construction & Economy Research Institute of Korea.


The scandal over the Korea Land and Housing Corp. (LH) has sent a shock wave. Not just LH employees, but lawmakers, local government heads and employees, councilmen and public enterprise executives and employees are suspected of using inside information. The entire government sector faces public distrust. After accurate fact-finding, punitive action must follow to restore discipline and ethics in the public sector. But we must not lose focus on the essence of the issue.

The scandal involving the LH stems from individual aspiration to profit from property appreciation. Apartment unit prices in Seoul have soared 71.3 percent over the last four years. The return would be an average 14 percent per year, which would be hard to achieve even from stock investments. Public employees also could not have stopped themselves from the temptation of asset investment to make big money. Without addressing the structural problems, the practice may not end.

First of all, public policy management must change. When there is no decisive direction in housing supply policy and measures are mostly focused on regulations, access to development plans and policy will become more valuable. Upon questioning property buyers ahead of designation of urban development sites or the lifting of regulation, names from various offices could come up.

The government has persistently repeated the mantra that home is a place to “live in” not to “buy.” It implanted the stigma of speculator on anyone who owns multiple homes. But the real speculators have been hiding in the bureaucratic community. The crisis shows that the government has not achieved its goal of stabilizing housing prices ,and its policies had been poorly structured. It trotted out 25 sets of real estate measures, but substance was lacking and security over the information was slack.

Monopolistic and outsized institutions should also be examines. The Korea Land Corporation, the predecessor of LH, was established in late 1970s for state-led land development. Acting on behalf of the government, it dominated urban developments around the capital and so-called innovation city projects across the nation.

Public monopoly has deepened lately based on the ill-gotten myth that the state must administer all public-interest projects as the private sector cannot be trusted. LH dominated not just land development but city renovation, redevelopment of the satellite cities as well as port construction. The massive housing measure announced on Feb. 4 was also placed under LH responsibility.

Increased role led to expansion in the organization. LH’s payroll surged to 9,566 by 2020 from 6,589 in 2016. In just four years, employees increased by 45 percent. The public role in the real estate market has been expanding in general. Staff at the Korea Housing & Urban Guarantee Corp. surged by 73 percent and the Korea Real Estate Board by 32 percent over the same period. As the public sector went elephantine under the pretext of increasing jobs starting with the public sector as championed by President Moon Jae-in, ethics standards and a sense of devotion in the bureaucratic society crumbled.

The LH crisis is a by-product of failed real estate policy and over-reliance on public role. Monopolistic and oversized public presence leads to inefficiency and poor management. Public enterprises became instrumental for any easy — and populist — platforms. Cooperative networking between the public and private sector became scarce.

LH’s biggest strength is fast expropriation in development through its state-authorized monopoly and right to seize land. Despite side effects, achievements were big during modernization and development stage. But its claim over land will likely face social resistance citing property and personal rights in the future. Whether it be public housing or job creation, the public role must be defined through the law, systems and social consensus to divide equally between the public and private sector.

There should be a rigorous examination on whether the outsized public role and organization has contributed to the upgrading of social efficiency. The idea of creating a new housing agency to expand the already-colossal public sector does not make any sense. The scandal must provide the momentum of a sweeping overhaul in the public sector and the rationalization of LH’s structure.

The last chance to turn the tide