HMM ships to continue on long route despite Suez news

HMM ships to continue on long route despite Suez news 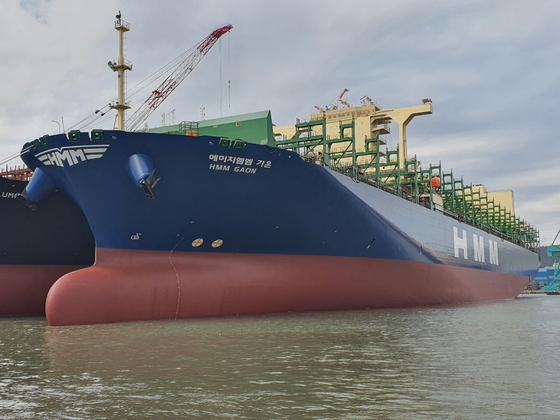 
Korea’s only domestic container shipper serving Europe will continue to go around the Cape of Good Hope despite the possibility that the Suez Canal will be open again soon.

The 200,000-metric-ton Ever Given operated by Taiwan’s Evergreen Marine has been partially freed after being wedged across the canal, blocking the transit of ships in both directions since March 23.

HMM, the largest shipper in Korea, on Sunday said it is taking a detour around Africa for the first time in 45 years as a result of the blockage. The company plans to maintain the deviation despite the vessel having been shifted so that it is better aligned with the waterway.


“The vessel hasn’t yet been entirely lifted, and there are other ships that are waiting at the port to pass,” said Kim Seong-min, a spokesperson for HMM. “So our original plan to take four vessels around the African continent remains unchanged. But we have one 24,000 twenty-foot equivalent unit container ship waiting at the Suez Canal port.”

“Accidents in the Suez Canal occur occasionally, but there wasn’t a time when such a big accident happened.” Kim added, “So we can’t predict how long it would take for the ship to be entirely freed and the transit of the canal resumed.”

An act of Goodwill

Leaving behind the left