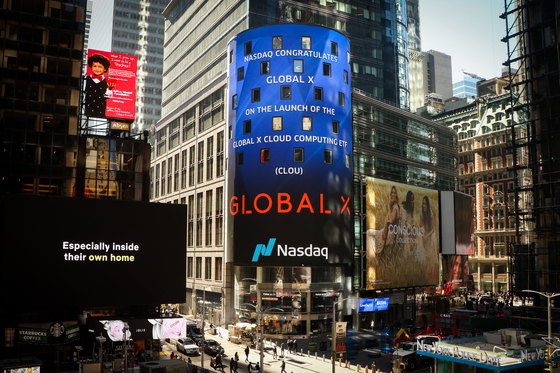 Mirae Asset Global Investments stands out as the only asset management firm in Korea that runs a surplus with overseas sales. Positioned in 12 markets, the global asset manager delivers diversified investment solutions for clients in 36 countries across the world.

Mirae Asset’s competence has been recognized worldwide, especially in terms of product competitiveness. Thirty-eight international funds of Mirae Asset were rated five-star by Morningstar, an Illinois, Chicago-based financial services firm. Highly respected, a five-star rating from Morningstar is only awarded to funds that score in the top 10 percent in performance and have been operating for over three years. Mirae Asset also won a number of prizes at the Lipper Fund Awards hosted by financial services firm Thomas Reuters Lipper.

As an industry-leading innovator, Mirae Asset has been breaking new ground time after time with many firsts in Korea. The company launched Korea’s first mutual fund, followed by the first real estate fund, the first private equity fund and the first international fund directly operated overseas.

Mirae Asset’s strength is also attributed to its horizontal corporate culture where employees can freely exchange ideas with each other regardless of their rank, including with the founder and global investment strategy officer, Park Hyeon-joo. Based on diverse ideas coming from the employees, Mirae Asset’s financial products are developed through a detailed simulation and verification process.

Moreover, cooperation among international offices gives Mirae Asset Global Investments a competitive edge in the long term. The extensive network of 15 global offices serves as a foundation essential for long-term investments, which lowers the turnover rate of purchase and sales. Lower turnover rate means lower indirect cost, ultimately leading to an increase in return on investment.

For instance, Mirae Asset Global Dynamic Fund, launched back in 2006, is operated around the clock by offices in Korea and the United States. Cooperation between the Korean and the U.S. branches enables non-stop market monitoring, improving not only the rate of return (RoR) but also the stability of funds.

Lastly, Mirae Asset’s unparalleled strength in long-term funds is established through its thorough risk management and investment principles. While there has been a whirlwind of scandals regarding private equity funds over the past two years, Mirae Asset have never once been mentioned. In contrast, Mirae Asset Independence Fund has recorded a cumulative return of 1,200 percent and eight out of 10 international equity funds of which RoR surpasses 500 percent are operated by Mirae Asset.