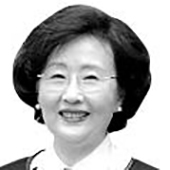 Kim Myung-ja
The author is honorary chairman of the Korea Federation of Science and Technology Societies and former environment minister.


23 types of coronavirus are so far known, of which seven have infected and sickened humans. Four of them have caused cold and flu-like symptoms since 1960. A beta virus that causes severe acute respiratory syndrome (SARS) in 2003 and another beta virus behind the Middle East respiratory syndrome (MERS) in 2014 caused serious infections around the world. Describing its priorities in 2019, the World Health Organization (WHO) included Disease X to represent an unknown pathogen that could cause a future epidemic. In the following year, SARS-CoV-2 triggered the Covid-19 pandemic.

As the world battled the unprecedented pandemic, mankind made history by coming up with vaccines for Covid-19 in less than a year. Backed by state funding and support, a new type of vaccine dubbed messenger RNA (mRNA) rolled out in 10 months — compared to a typical vaccine development that usually took more than 10 years — as the first Covid-19 protection. As of March, 12 types of Covid-19 vaccines have been launched by 10 countries. The mRNA vaccine project was a by-product of 40 years of research, experience and knowhow from the SARS and MERS epidemics and a collaboration between bio startups and big pharma to fasten the mass production and marketing of the new vaccines.

Currently five types of Covid-19 vaccines are available. They differ depending on the use of a particular antigen or the genetic material that provides the instructions to make specific proteins. A “subunit vaccine” uses the specific parts of a virus for the immune system to recognize. A “viral vector vaccine” uses a safe virus to deliver specific sub-parts, or proteins. An “inactivated vaccine” uses a killed version of the germ that causes a disease. And a DNA vaccine and an RNA vaccine use cells to make proteins. More than 250 candidates are being explored, with 80 undergoing human trials and another 80 being tested on lab animals. Korean bio companies, including SK Bioscience, are also in Phase 1 or 2 trials.

Countries vie fiercely to buy vaccines amid a rush of vaccine development, as no one is safe until everyone is safe. Herd immunity can be achieved when vaccine procurement and inoculation progresses well. But since new vaccines are authorized through emergency permission, issues of safety and efficacy have caused controversy. For instance, Detroit Mayor Mike Duggan first denied the distribution of freshly authorized Johnson & Johnson Covid-19 vaccines due to concerns about safety and efficacy, and later agreed to the rollout. Although authorities concluded that AstraZeneca vaccines are not associated with blood clots after inoculation, some 80 percent of the vaccine supplies was shunned as of February in the European Union due to lingering doubts about the vaccine’s efficacy and side effects.

Of authorized and recommended vaccines, the Pfizer-BioNTech vaccine boasts an efficacy rate of 95 percent, Moderna 94 percent, Novavax 89 percent, AstraZeneca 67 percent and Johnson & Johnson 66 percent. What do these number mean and how were they attained?

The Pfizer-BioNTech vaccine that was first to be rolled out in December 2020 carried out its Phase 3 experiment of the mRNA-based Covid-19 vaccine on 43,000 enrolled participants across ages, genders and races, including patients with other diseases. After the first dose, a total of 170 cases were affirmed, with 162 in the placebo group versus eight in the vaccinated group, generating a 95 percent efficacy rate.

But the highest efficacy rate does not mean the vaccine will work best. The trials of vaccines were conducted in different countries and at different times. Moderna and Pfizer embarked on theirs in the United States in the summer when the spread slightly eased. Johnson & Johnson conducted its trials during the fall peak in the U.S., as well as in South Africa and Brazil, where new variants surfaced. Due to different factors and conditions, it is hard to evaluate what vaccine is better. Each vaccine also differs in features such as in the number of jabs needed, intermission for the next shot, quantity and storage temperature.

A vaccine’s efficacy depends on its mitigating virus infection and the development of serious illness or death. An efficacy rate of 95 percent does not mean that 95 out of 100 who receive the jab won’t get the disease. Instead, it signifies the vaccinated person would have 95 percent lesser risk of falling seriously ill. Although efficacy rate differs, all the authorized vaccines have similar effects in preventing serious illness. How long the vaccination lasts and how effective it is against variants remains uncertain.

Vaccines are not a panacea. But they are the best option for now. Human immunity works in a mysterious way. If a small amount of virus penetrates your body, your natural immune system can defeat it. Even if a large amount of viruse attacks your body, you do not always suffer a serious illness. Some even get by without showing any symptoms.

The pandemic has underscored how individual immunity strength matters. mRNA vaccines have opened a new chapter in genetic technology. It will be welcomed as the protection against future pandemics more than ever.