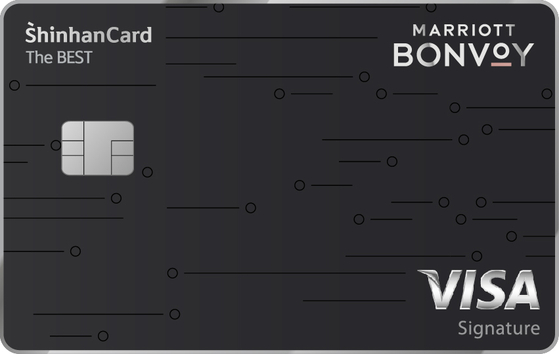 An image of the new Marriott Bonvoy The Best Shinhan Card, the first hotel-affiliated credit card in Korea. [MARRIOTT INTERNATIONAL]


The era of choosing credit cards to accrue airline mileage is over. Now is the time for cards affiliated with hotels that allow holders to earn points to use toward free stays and upgrades.

Korea has welcomed its first hotel-affiliated credit card with Marriott International teaming up with Shinhan Card and Visa, according to the hotel Tuesday.

Named Marriott Bonvoy The Best Shinhan Card, the card offers its members a chance to improve their membership status which in turn comes with perks such as a free night’s stay, free room upgrades, late checkouts, and additional points, as well as other discounts that are available to use as soon as the card is issued.

Bonvoy is the name of the membership program the Marriott International offers to guests of its 30 different hotel and resort brands all across the world including JW Marriott, Ritz Carlton, W, Sheraton and Aloft. Accrued points from using the hotels as well as spending outside the hotels can be used at stores or affiliated hotels. Korea is the sixth country the company has launched a credit card in, following the United States, Britain, Japan, the United Arab Emirates and Canada.

“We are optimistic about the future of travel,” said Bart Buiring, chief sales and marketing officer for Marriott International Asia Pacific. He added that the card will be coming in handy for those anxiously waiting for international travel to return to normal.

“This is the time when people do go on a staycation, when people want to take care of themselves, and even pamper themselves [by spending] a little bit extra for a treat. The benefits are tailored to those who want to stay in hotels,” Buiring added.

With Korea being ranked the second strongest outbound travel market in Asia from a 2019 report by the Korea Tourism Organization, Buiring sees the importance of attracting Korean travelers for post-pandemic times.

In the meantime, while people can mostly browse options locally, he expects the new credit card be welcomed by many. Buiring cited a survey from Hotels Combine, a global hotel-search engine, which showed 59.6 percent of respondents choose a staycation for sanitary reasons and 38.8 percent chooses luxury premium hotels for their staycations as the most preferred option. 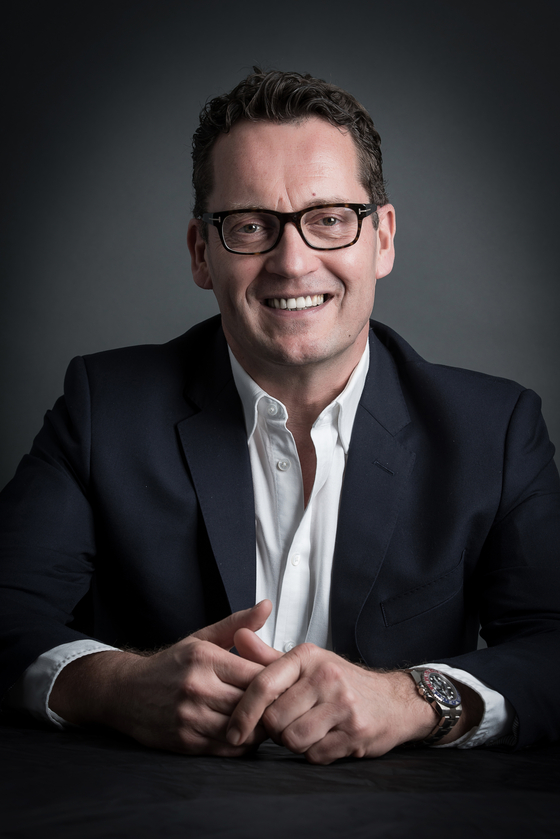 
“What we have seen in Korea, compared to any other market is two things: one is strong demand for staycations especially for luxury options, and exploring their own country” said Buiring.

The annual membership fee for the credit card is 267,000 won ($235). Those signing up for the first time or renewing at a later date will be offered a free night at hotels whose room rate requires less than 35,000 Marriott Bonvoy points. Those signing up for the card will automatically earn Gold Elite status. Members can also avail of 50,000 won discounts twice a year when they get breakfast at 16 Marriott affiliated hotels including JW Marriott Hotel Seoul, JW Marriott Dongdaemun Square Seoul, and Westin Josun Seoul and Busan.

Online communities where people share tips on how to make budget-friendly hotel reservations are already analyzing pros for signing up for the card, which is garnering attention during the era of staycations.