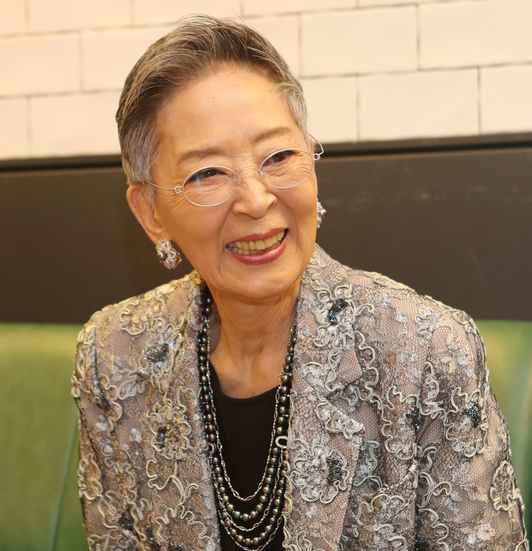 
Veteran movie star Kim Ji-mee has donated $20,000 toward the construction of a Korean War Memorial in Los Angeles, according to the Orange County Korean War Memorial Committee on Wednesday. The committee said that Kim personally visited the site where the monument will be erected in Fullerton on March 26 and made the donation.

According to the committee, Kim reminisced about her memory of the Korean War (1950-53) and expressed her appreciation for American veterans.

“During the war, my parents ran a rice mill so whenever we saw veterans go past, my parents gave them rice. Many U.S. soldiers were being taken as prisoners with their hands tied but they still thanked my parents for the rice,” she said. “We were living in Daejeon at the time and I remember seeing a lot of corpses of American soldiers on the streets. Therefore, I wanted to participate in the construction of this monument to express my gratitude to those young soldiers who gave up their lives to protect Korea.”

Kim debuted as a movie star in 1957 and gained the nickname “Korea’s Elizabeth Taylor” for her looks and popularity as well as a series of marriages and divorces. She left Korea in 2000 and has been living in California with her family since.

According to the committee, ground was broken last August and the building is slated to be completed by September. The monument carries extra significance as it will display the names of all 36,492 American soldiers who died in the Korean War, including 2,611 from the state of California.