Secure and safe travel pass app could take some time

Secure and safe travel pass app could take some time 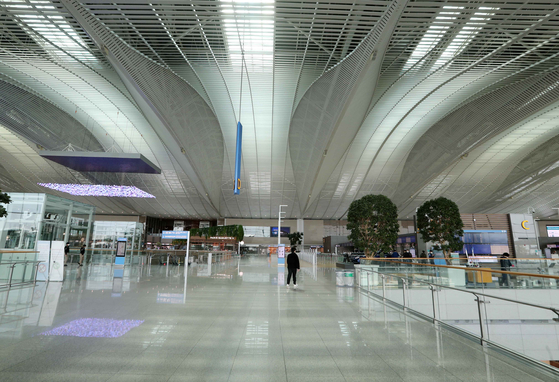 
The Travel Pass app could run into trouble in Korea over privacy and security concerns.

While they are being rolled out globally, local authorities are working to come up with their own, safer solution, and hope that it will be accepted overseas.

A Travel Pass verifies that the traveller is Covid-free, vaccinated or both so they can board a flight and enter a country.

Designed by the International Air Transport Association (IATA), the app is seen as a key protective measure to give governments the confidence to open borders and passengers the confidence they are flying safely.

Several airlines will be trialling a Travel Pass, including Korean Air Lines, which plans to test an app on passengers starting in May. It will be used first on the Los Angeles-Incheon service.

The airline said that passengers will be given an antigen test at Incheon International Airport, and the results will be confirmed in an hour.

Other airlines, including Asiana Airlines and Jeju Air, said they are currently reviewing plans to trial Travel Pass.

For a Travel Pass to function properly, local health authorities have to approve the medical information carried on the app. But the Korea Disease Control and Prevention Agency (KDCA) and the Ministry of Health and Welfare have not yet given the green light for the app.

The KDCA is working to come up with its own digital system. It plans to introduce the mobile app later this month.


Information on whether an individual has been vaccinated will be confirmed on the mobile app, but whether the person has been tested is not a feature planned for the release later this month.

"The digital vaccination app is primarily for domestic release, but it is also being designed for international use," said Choi Geun-ha, a spokesperson for the agency.

The agency came up with its own system because under the regulation on the preventing infectious diseases, the vaccination needs to be authenticated by a public office.

Choi added that the agency believes "it would be more assuring to citizens for a government, instead of a private institution, to appropriately protect personal information like the resident registration number."

Other systems are also being reviewed, such as the IATA Travel Pass.

"A primary reason health authorities haven't yet given the approval to Travel Pass is because it isn't yet ready to check information for fabrication," Lee Ho-jun, a spokesperson for Ministry of Land, Infrastructure and Transport, said "The ministry has verbally delivered its stance to health authorities to review the system once it is technologically complete."

Lee said the ministry plans to formally negotiate with the health authorities when the Travel Pass is completely functional.

It was only last month that Singapore Airlines successfully tested a Travel Pass for the first time on an international flight.

"Attempts by health authorities to create a digital vaccination system is welcoming, but whether it will become a global standard is another issue because the system should be embraced by other countries," said Prof. Hur Hee-young, who teaches business at Korea Aerospace University. "In that sense, it could be better to adopt Travel Pass, which has been created as a global standard."

KT is planning to develop a digital health pass platform with Incheon International Airport Corporation and Inha University Hospital. Details, like when it will be released, haven't yet been confirmed.