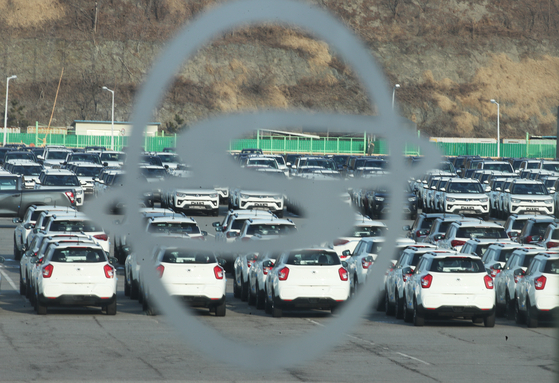 The first quarter sales of three domestic carmakers in Korea showed their worst performance since 1998, when the country was swept by the Asian financial crisis.

The sales figure was the lowest since the first quarter of 1998, when the three carmakers sold 31,848 vehicles. They reported worse sales compared to the global financial crisis in 2009, when the three managed to sell 47,045 vehicles.

“Without a breakthrough strategy or new models, three car manufacturers in Korea are to face one of their worst challenges ever,” said Lee Ho-geun, an automotive professor from Daeduk University.

“Their share will even be severely challenged by imported carmakers.”

SsangYong Motor is on the verge of restructuring as it failed to find a potential investor after filing for a court receivership in December.


HAAH Automotive, an American auto importer and distributor, once emerged as a potential buyer, but did not submit its intent of purchase.

SsangYong has been hoping to turn sales around by releasing either partially or fully revamped models such as the Tivoli Air and G4 Rexton, which launched in the fourth quarter of last year.

Sales, however, didn't live up to expectations with Tivoli, which includes the Air version, selling 13 percent less here in the first quarter of this year compared to one year ago. Sales of the G4 Rexton also dropped by 2.7 percent during the cited period.

SsangYong had originally planned to launch its first electric model — the E100 — this year, but the model is hardly likely to turn things around for the deeply troubled carmaker.

GM Korea, which has been operating part of its factory at 50 percent due to a chip shortage, sold 17,353 vehicles during the Jan.-March period, an 8.9 percent year-on-year drop.

Renault Samsung Motors, also facing a possible pull out due to low productivity at its Busan factory, sold 13,129 vehicles in the first quarter, a 34.3 percent year-on-year drop.

Hyundai Motor and Kia, on the other hand, saw a strong performance in the first quarter.

Mercedes-Benz Korea, the No. 1 import carmaker in the country, sold 19,222 vehicles in the first quarter, followed by BMW Korea with 17,380 vehicles, both of which are more than what the three domestic carmakers sold during the same period.