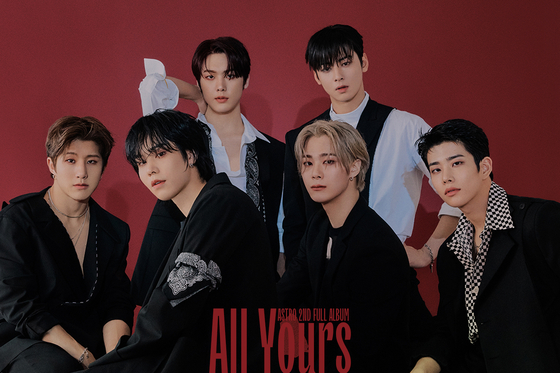 
Boy band Astro released its second full-length album “All Yours” on April 5, according to Fantagio Music on Tuesday.

“It’s our first full-length album in two years and three months since ‘All Light’ [2019], so we put in extra effort and worked hard,” said member Jinjin during a press conference on Tuesday.

“All 10 tracks are words we would like to say to Aroha [Astro’s fan club] and members wrote some of the songs themselves, improving the quality of the album,” said member Moonbin. “The album’s title means that we want to give our everything to Aroha.”

The lead track “One” is an electronic dance song which member MJ called “refreshing and full-power,” which reflects the group’s image according to member Rocky.

Members Cha Eun-woo and Sanha said their goal for this album was to top a major music program’s charts with “One.”

astro all yours Fantagio aroha