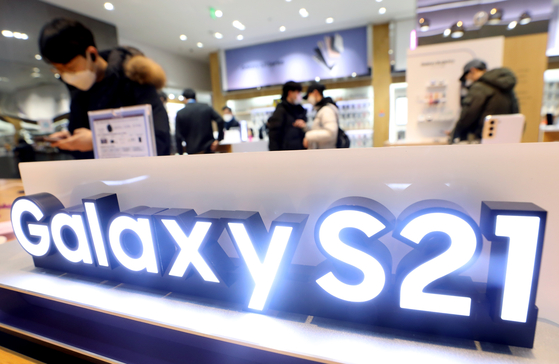 
Samsung Electronics expects an operating profit of 9.3 trillion won ($8.3 billion) in the first quarter, the company reported Wednesday in an earnings guidance announcement.

The figure is up 44.19 percent on year, beating FnGuide's market consensus of 8.9 trillion won, despite a major shutdown at a chip plant in Austin, Texas.

The base effect helped, as sales and profit were starting to get hit in the first quarter of last year as the pandemic took hold in Korea.

Sales in the first quarter 2021 rose 17.48 percent on year to 65 trillion won, also beating forecasts. On quarter, operating income was up 2.76 percent and sales rose 5.61 percent.

Samsung Electronics traded down following the announcement, falling 0.35 percent to 85,700 won in the morning.