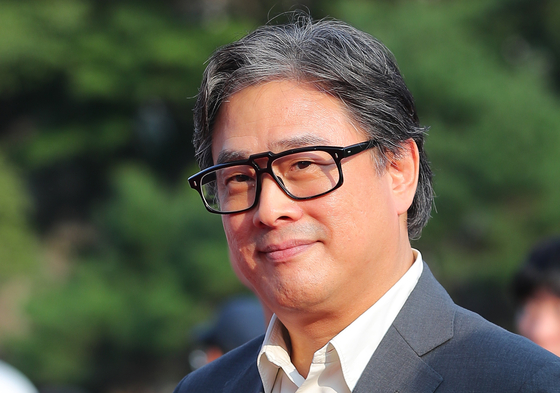 
Renowned filmmaker Park Chan-wook will be directing the American television series adapted from Pulitzer-winning novel “The Sympathizer,” according to local publishing group Minumsa on Thursday.

Vietnamese-American author Viet Thanh Nguyen tweeted on Wednesday that he “can’t imagine a better person to direct this TV adaptation,” adding that Park’s “Old Boy” was a big influence on his book.

“I hope Park Chan-wook, who did wonders with the octopus in ‘Old Boy,’ will be equally imaginative with the squid in ‘The Sympathizer,’” Nguyen said.

American film studio A24 behind award-winning “Minari” will be producing the show. Nguyen said in a tweet that he will record a podcast with filmmaker Lee Isaac Chung, who is behind "Minari" and discuss Park.

“The Sympathizer” is about a half-Vietnamese, half-French double agent adapting to life in the United States after the Vietnam War. Aside from winning the Pulitzer Prize for fiction in 2016, it won seven other literary awards including the Carnegie Medal for Excellence in Fiction and PEN/Faulkner Award for Fiction and Edgar Award for Best First Novel.

The book was translated into Korean by Minumsa and published in 2018.