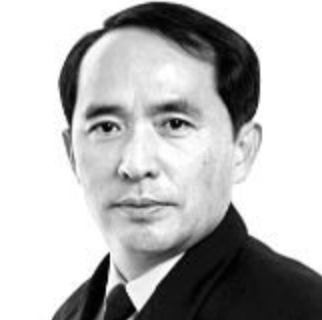 Choi Won-il
The author is a Ret. Navy colonel and former captain of the Cheonan warship.


Less than a week after the sixth West Sea Defense Day on March 26 jointly commemorating the Second Yeonpyeong Sea Battle in 2002 and Yeonpyeong shelling and Cheonan sinking, both in 2010, the media reported that a presidential commission was revisiting the sinking of the Cheonan warship, which killed 46 sailors. According to the report, the Presidential Truth Commission on Deaths in the Military received a petition to reopen the case in September and decided on a reinvestigation in December.

The petitioner is on trial for defamation of the Defense Ministry and the Navy for spreading speculation about the Cheonan sinking due to a military mistake or colliding with a U.S. submarine. I first thought the news was an April Fool’s Day joke. But I discovered it was only too true when I made a visit to the commission’s office on April 1.

Fortunately, the presidential commission reversed the decision the following day. If the families of the victims had not protested, a reinvestigation could have progressed. From September, when the petition came in, to April 2, when the commission decided not to proceed with it, the commission turned the 46 sailors who died while defending the nation against North Korea as soldiers in unsolved deaths. It disgraced the bereaved families and survivors of the torpedoed ship.

The commission’s move has grave ramifications for three reasons. First, it accepted a petition from an unqualified person. That belittled the sailors killed while patrolling the West Sea to protect against a North Korean invasion and disgraced the surviving sailors.

Second, it is shocking that the act came from a commission directly under the president. While attending the West Sea Defense Day memorial last year, President Moon Jae-in said the government’s position that the Cheonan sinking was caused by North Korea had not changed. In this year’s memorial service, he said the sailors have become permanent “stars” looking over and defending the West Sea and expressed gratitude to Captain Choi Won-il and other surviving crew.

He also announced the christening of a new warship as the Cheonan in 2023. But his remarks gave way to dismay less than a week later. After being criticized, the Blue House claimed it had not been involved in the commission’s decision. But the commission must have reported the petition to the president. He is its chairman.

Third, no one has properly apologized for the suspicious developments. The commission claimed it had notified the Defense Ministry of the petition, the defense minister claimed he was not informed. The Blue House declined to comment further as it had not been involved in the decision. It only said the president was genuine when he said he wished to “resurrect” the warship by building another ship named after it. But what is the meaning of such a resurrection after the government trampled on its dignity?

The government misunderstood the wishes of the families and survivors. We do not want to see the Cheonan resurrected in disgrace. As the captain of the ship, I demand the commission sincerely apologize and explain its action. The Blue House also must state its position and come up with an apology and promise not to repeat such a shaming act. The Defense Ministry also must explain its actions after it received a report from the commission.

Bereaved families and survivors have been going through trauma since the report. We did our best under a given situation and should not be treated as soldiers involved in suspicious deaths. The government must stop shaming the dignity of the Cheonan and the honorable sacrifice of the crew by attempting a revisionist view of its tragedy.