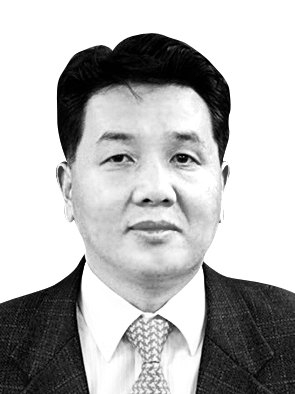 Yeom Tae-jeong
The author is the director of the EYE Team at the JoongAng Ilbo.

Gregory Henderson (1922-1988), who worked at the U.S. Embassy in Korea twice during the Syngman Rhee and Park Chung Hee administrations, said, “Seoul is Korea.” In his 1968 book “The Politics of the Vortex,” the diplomat and scholar wrote that in Korea, all resources in politics, economy, society and literature rush to Seoul. The foreigner’s diagnosis is still valid today.

The formidable status of Seoul continued for 600 years since the first king of Joseon moved the capital to Seoul in 1394. The mayor of Seoul in the Joseon Dynasty also had been a politically sensitive position. Many resigned not long after coming into office. Renowned figures like Hwang Hee, Maeng Sa-seong, Seo Geo-jeong, Kwon Yul, Park Moon-su, and Min Young-hwan served as mayor of Seoul.

New Seoul Mayor Oh Se-hoon made his debut at the cabinet meeting on April 13. He attended the meeting without any ally from his party. While he started politely by saying thanks for the orchid he received as a gift from President Moon Jae-in, he was hostile when commenting on the Moon administration’s major policies. “The government’s current disease control system cannot be sustained. New attempts should be made. I urge the government to promptly approve fast-speed Covid-19 test kits. Regulatory reform and system improvement are needed to lessen the burden on the citizens as a result of rising real estate listing prices.” Health Minister Kwon Deok-cheol responded that as self-diagnosis kits were just a supplementary method, they were afraid of a resurgence in Covid-19 cases. Vice Prime Minister for Economic Affairs Hong Nam-ki rebutted by saying that the listing price does not reflect real home prices.

If mayor Oh mentioned the Covid-19 and real estate policies to attack the central government, renovating the Gwanghwamun Square is an issue of the Seoul city government. The 80 billion-won ($71.6-million) project reduces roads to expand pedestrian walkways and park space. Oh opposes the plan. He asks what the project is for when people are struggling to live with Covid-19. The Democratic Party (DP)-ruled city council wants to keep the project. The project for the citizen wellbeing has already cost 25 billion won, and stopping it now would be a waste, argued the DP. Whether fighting against the central government or Seoul city council, Oh is not willing to back down and asked the opposition People Power Party (PPP) for help.

Oh’s slogan is “Experienced from Day 1.” That shows in his confidence as mayor. But he cannot make things work with confidence alone, as 101 of the 109 members of the city council and 24 of the 25 district heads are members of the DP. It’s hard for Oh to push for his agenda. Persuading the central government is an even bigger challenge. Some say that Oh knows his proposals don’t make sense but still raises his voice to highlight his presence.

To make things work in the remaining term — just a little longer than a year — cooperation of the city council and the central government is essential. Oh’s campaign promises can hardly be attained without the cooperation of the DP. He needs to keep in mind the advice of the city council, “Save your obstinacy.” Not keeping his campaign promise doesn’t mean he will be criticized for it. President Moon’s campaign promise included relocation of his office to Gwanghwamun, and he retracted it for the convenience of the citizens and security reasons. In retrospect, that was a right decision.

Oh will be heavily penalized by his supporters. But he must refuse demands he cannot fulfill. After Oh’s election last week, far-rightist groups demand withdrawal of assembly restriction in downtown. They claim that they were suppressed in the Gwanghwamun Square by former mayor Park Won-soon. They demand a scrapping of the disease control regulation and allowing assemblies around Seoul. But Oh must first prepare for Covid-19.

He must not rush. He had the experience of serving as a mayor, but a ten-year gap is significant. The municipal administration of Seoul is not simple, with its 40 trillion won annual budget and 17,000 civil servant jobs at stake, not to mention 26 agencies under the city, including the Seoul Metro.

City administration affects all aspects of life, from the basic living subsidies to the busses to water bills. Oh started the job without a transition committee. He surely lacks understanding of the order of business.