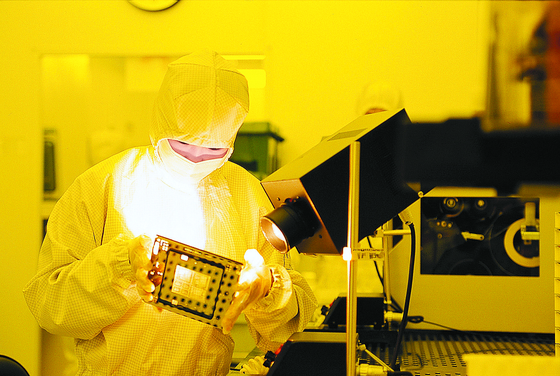 A researcher at ISC examines a component for semiconductor test socket at the company's factory in Ansan, Gyeonggi. [ISC]


In the Korean semiconductor industry, big players like Samsung Electronics and SK hynix have long been the focus of attention while smaller parts and equipment suppliers fly under the radar.

At least that was the case until Japan introduced export restrictions on three vital materials used in the production of chips and displays two years ago.

The restrictions and a recent global chip shortage reveal how disruption in the supply of semiconductor parts thousands of miles away can cripple the production of end products ranging from cars and PCs to TVs and smartphones.

Against this backdrop, a group of local chip machinery and component suppliers have made notable strides to become global leaders in their areas, although Korea traditionally trails behind in the high-tech parts and equipment sectors.

Those companies contributed to significantly growing exports of semiconductor parts and machinery in recent years for major markets like the United States and China.

“PSK was able to maintain the top position since the early 2010s by drawing on 30 years of manufacturing expertise primarily focusing on the photoresist strip equipment,” said Kevin Lee, CEO at PSK.

The share of the Korean supplier stood at 25 percent in 2019, the latest data available, according to market tracker Dataquest.

It was followed by Mattson Technology, a Fremont, California-based unit now owned by China’s private equity firm E-Town Dragon, as Mattson won a 23 percent share thanks to sizable orders that year from China during the downturn of the semiconductor industry.

But the long-time second player was Lam Research with the producer holding a 21 percent market share in 2018 compared to PSK’s 47 percent. The U.S. company still holds a dominant market share in other kinds of chip processing machines used for etching and packaging.

The machine is indispensable for producing any type of microchips to remove unwanted photoresist layers from the wafer in the early fabrication process. The main clients are chipmakers in Korea and United States.

“PSK’s clients consist of nearly all major chipmakers around the world except TSMC and Kioxia,” said Han Dong-hee, an analyst at SK Securities. PSK declined to specify client details.

The CEO aims to carve out its own niche by producing more advanced chip equipment using technologies that others can’t harness.

“This is a crowded market where different suppliers compete,” he said. “To broaden our client base in a profound way, we need to become the sole producer for a certain technology or equipment.”

A good example, he said, is its New Hard Mask Strip, a new generation of strip machine designed to remove a material called hard masks. PSK’s machine is specifically designed to strip more solid hard masks used in the fabrication of high-performance chips given that existing machinery is incapable of completely erasing the hard material.

“PSK is the sole producer of the hard mask stripping machine specifically aimed for rigid hard masks and a competing company struggles to mass-produce a product with the comparable function due to the immature development state,” said Kwon Tae-woo, an analyst at DS Investment & Securities.

The upbeat performance of PSK coincides with the overall rise in shipments of semiconductor parts manufactured by Korean companies, especially in the United States and China.

Five years ago, it ranked fifth after Germany with $107 million, according to data compiled by the Korea Trade-Investment Promotion Agency (Kotra). Japan remains as the largest exporting country to the United States, followed by the Netherlands.

Exports of chip components including integrated circuits and smartcards directed toward the Chinese market enjoyed buoyance last year compared to the previous year. Exports of smartcards almost doubled from $3.7 million to $6.1 million, according to the agency.

ISC, a Seongnam, Gyeonggi-based manufacturer, is a leading player in test sockets both for memory and non-memory chips, with a market share of 8.5 percent in 2019.

It supplies parts designed to test various functions in the final step to over 300 chip makers including Samsung, Qualcomm, Apple, Nvidia and AMD.

A watershed moment for the company came in 2004, when it succeeded in commercializing a test socket made of silicone rubber for the first time ever.

“The rubber-type test sockets are less likely to damage the chips being tested compared to the then-mainstream spring pin type sockets,” said Lee Sang-ho, a spokesperson at ISC.

Its product portfolio has since evolved. In the beginning, most of the component were tailored for memory chips like dynamic random access memory.

But it widened its offering to cover non-memory chips such as processing chips and sensors.

“We believe non-memory sales will account for 60 percent of the firm’s total in 2021 given the wider applications of silicone rubber sockets in application processors and system-on-chips,” he said, projecting the proportion to further increase to 65 percent in 2022 and exceed 70 percent in the longer term.

These parts and equipment producers will likely enjoy more support from the government as the Moon Jae-in administration has been pushing to localize key parts and materials used for semiconductor since the export restriction.

Alongside the loans with favorable interest rates, the government increased the number of state-run projects that subsidize a certain chip product or technology.

PSK, for instance, is running three government-funded projects, although such opportunities were few and far between several years ago.

Telechips, an automotive chipmaker, is also collaborating with the government to develop a chip powered by artificial intelligence for advanced driving assistance system.

More support programs will likely come along as the government is set to announce new measures to bolster the semiconductor industry in the face of a global chip shortage in the coming weeks. 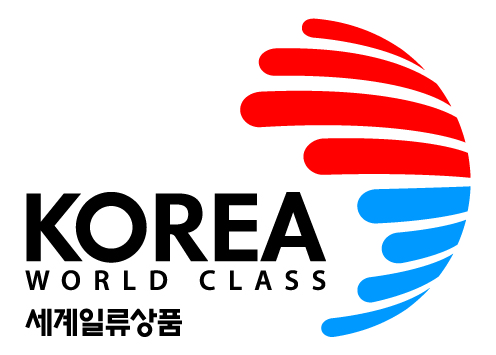 
Kotra and the Industry Ministry awarded PSK and ISC the “World Class Product” title for their sizable market share in the global market, helping the companies promote their products.