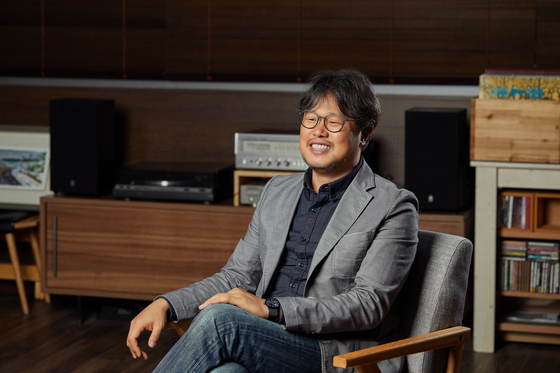 
While most romantic comedies and fairytales end with the notion of "happily ever after," director Jin Mo-young wanted to know, what comes next and does love last?


Jin Mo-young, the creator of hit documentary “My Love, Don’t Cross that River” which garnered more than 4.7 million in ticket sales when it was released in 2014 — a record-breaking number for an independent documentary — hopes to answer that question in his latest Netflix documentary series “My Love: Six Stories of True Love.”

Jin collaborated with Netflix to expand the central theme of his original intellectual property (IP) “My Love, Don’t Cross that River,” which documents the 76 year romance between 89-year-old Kang Kye-yeol and 98-year-old Jo Byeong-man, and tell the love stories of six couples from the United States, Spain, Japan, Brazil, India and Korea. Each couple was filmed for over a year, to get an insight into their decades-long relationships. Jin was also the director for the episode focusing on the Korean couple, Jeong Saeng-ja and Cho Yeong-sam. 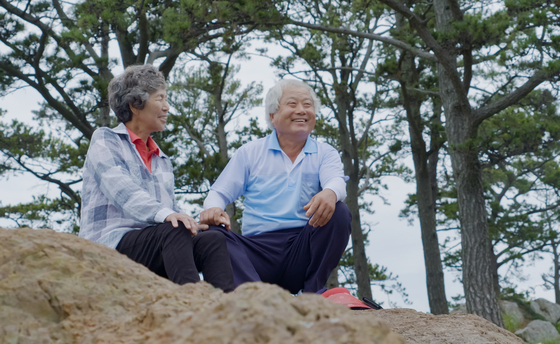 
“An official from the Netflix documentary department saw ‘My Love, Don’t Cross that River’ in Los Angeles when the film premiered in the U.S.,” Jin said during an online interview with Korea JoongAng Daily last week. “They contacted me in September 2017 and asked if I would be willing to turn it into a Netflix original series. I was just facing the local release of ‘Old Marine Boy’ then. It was after Bong Joon-ho’s ‘Okja’ was released worldwide [through Netflix] and I was really excited to make a global version based on my original ‘My Love’ IP. But because I had no precedent to follow or fellow directors to turn for help to make a Netflix documentary series, I was a bit anxious too.”

While local Netflix content such as “Sweet Home” (2020), “Kingdom” (2019-2020) and “Extracurricular” (2020) has been dominating the over-the-top (OTT) giant, it’s the first time for a Korean documentary to be the basis for an original Netflix series.

“Although Netflix bought the original IP and there was a rough draft of the series, we [basically] built it from scratch,” Jin said. “We assumed that the series would consist [of couples] from six to seven countries, and from choosing the producers, directors and the couples, all the decisions were made together.

Jin worked with a production company to come up with a shortlist of 20 candidates for director per country and screened their prior works to select the best-suited people. 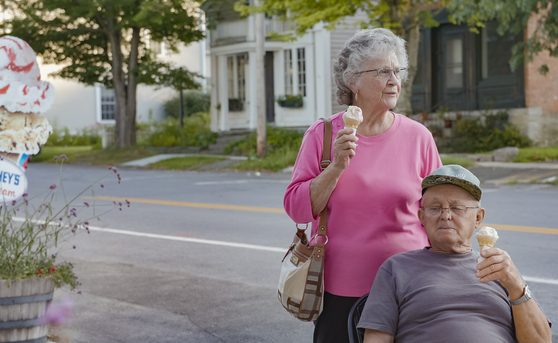 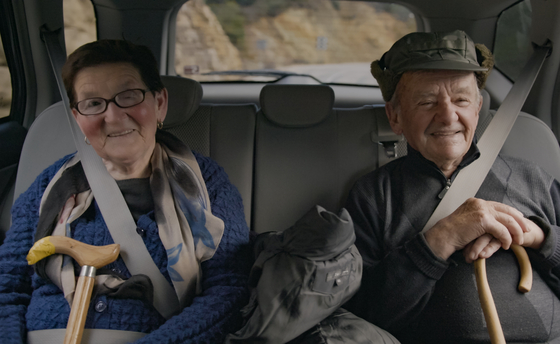 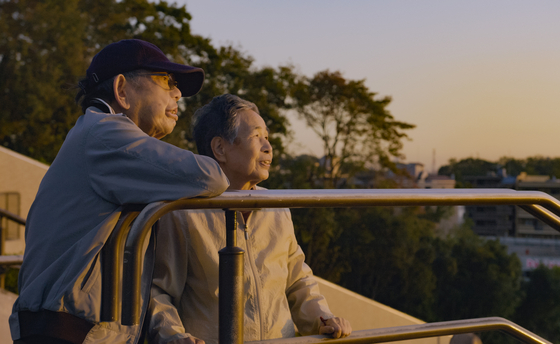 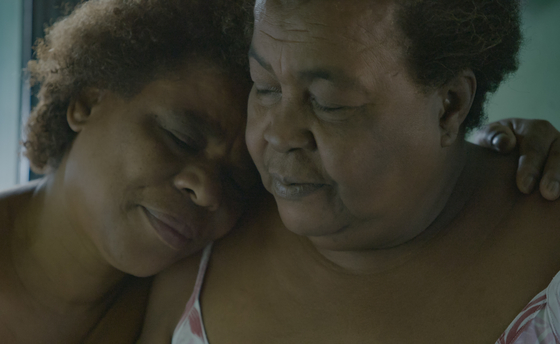 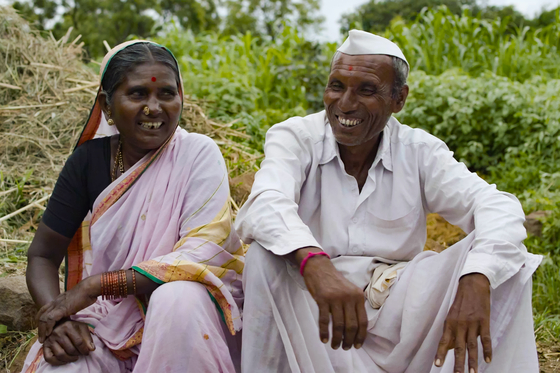 
The criteria for the couples was relatively simple. They had to be married for at least 50 years and spend a lot of time together in their day to day lives.

But Jin said the scouting process to find a Korean couple was long and difficult.

“It was a process of elimination to find the perfect couple that fit [the criteria] and it was rather painful,” he said. “I’ve been looking for about four months, traveling to countless regions without success. Then an acquaintance of mine who promoted the FAM tour in Wando, south Jeolla, confidently recommended a couple to me that had come to one of the events. I visited them [Jeong and Cho] in October 2018 and I didn’t have to think twice: They were the ones.

“The nature they lived in and their vitality and brightness [moved me],” Jin continued. “They were like air warmed by sunlight, and I thought I could develop a good story out of how they communicated with each other. You think a couple like them would be pretty common, but it was extremely difficult to find them.”

While the couples all came from different cultures, Jin said it was clear that the secret to their loving and lasting relationships lay in “dismissing patriarchal masculinity.”

“I cannot generalize [all happy couples], but the six couples who appeared in our series all had that in common,” he said. “The base of their communication was calmly listening to what each other had to say, not interrupting when the other is speaking and not getting angry easily."

“And most of all, they had humor,” the director continued. “The husbands from Spain and Japan were humorous and the husbands from India and the U.S. were gentle and quiet. The wives were [more] active and they had good rapports. I felt that they were habitually respectful to each other. Come to think of it, I don’t know if they had these qualities from the beginning or they were able to arrive to their present state after countless tries and efforts, but if I may dare to say conclusively, I don’t believe there are people who are born that way. They would have had to try. So while as much as it’s important to meet a good partner, it’s just as important to self-reflect and ask am I ready [to become a good person] and am I constantly trying to become one. [As I saw these couples] I came to think about that long path that it took for them to get there instead of [merely] thinking as ‘oh they were meant to be.’”

The director said it was through the Korean couple that he realized how love grows and solidifies over time.

“When we first talked about the episode for the Korean couple, I wanted to document the lovely moments between the couple,” he said. “But when I look back on the footage, what is fundamental about the strength of their love is their ability to embrace each other and be considerate of each other's pain.

“I do not explain why the husband does not give up on their farming even though his wife’s health is deteriorating or why the wife insists on continuing to work due to the narrative structure, but I felt [what love was] as I saw Yeong-sam silently supporting Saeng-ja. Love is not just about the sweet things — it’s about being the person who best understands your partner’s pain and being the best person to take care of it.”

The director mentioned that he also regularly visits Kye-yeol, the grandmother in “My Love,” who also handwrote the Korean title of the Netflix series.

“I met her when I was going through an important transition from a television producer to a documentary creator,” Jin said. “I visit her regularly, about four times a year — during the thanksgiving holidays, her birthday and her husband's jesa [ancestral rites]. I don’t visit her that often, but when I can, I dine with her and walk with her, which she likes a lot. After her husband passed away, she moved into her daughter’s home in Hoengseong, Gangwon. Before Covid-19, she used to go to a school for the elderly and took classes to learn hangul and she used to absolutely love singing lessons [...] I wanted her to write the Korean titles for this project, and she wrote several versions in brush and ink. We picked out our favorite one, and [having her writing] for this series was especially meaningful because all of this derived from her.”

The director thinks that the series holds a unique position even in the content hub of Netflix.

“[A lot of the content] on the platform is intense, powerful, peculiar or can be very provocative,” Jin said. “But our series is content that the viewers can enjoy for a long time because entertaining elements are hidden within the scenes like a treasure hunt. There may be people who doubt that such series would be interesting, but this kind of content should exist for the sake of those who find it entertaining. That’s how different forms and shapes of thinking and creativity prosper.

“When we think of a love story, we may think of it as a fleeting [emotion] or a one-time event, but that’s not how love lasts or strengthens,” he said. “I hope when people watch the series, they won’t naively think of as elderly love, but catch the common habits or patterns from these couples and learn how they can treat their loved ones.”