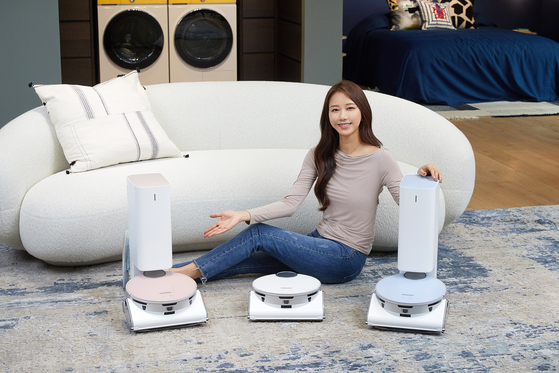 Samsung Electronics introduced a robot vacuum cleaner Tuesday that comes with software that can tell the difference between a bed and a couch.

Most robot vacuums recognize objects enough to get around them but can't distinguish them.

The Bespoke Jet Bot AI has studied more than one million images using deep learning technology and can tell whether an object perceived by its camera is a refrigerator, a sofa or a bed.

It comes with 3-D sensors as well so that it can recognize small objects like towels or socks, which robot vacuum frequently get tangled in. The cleaner can recognize objects that are 1 centimeter in height and avoid them.

Recognizing objects is useful as it helps the machine devise the best route. Near furniture, it would get as close as possible to leave no unvacuumed spots. But if it approaches glasses or towels, the machine would keep a certain distance.

From the owner's perspective, it is possible to give specific orders like "vacuum near the television," which other robot vacuum cleaners could not follow.

The Bespoke Jet Bot AI can even empty its own dust bin at its charging station. An owner only has to clean the station's dust filter once every two to three months. 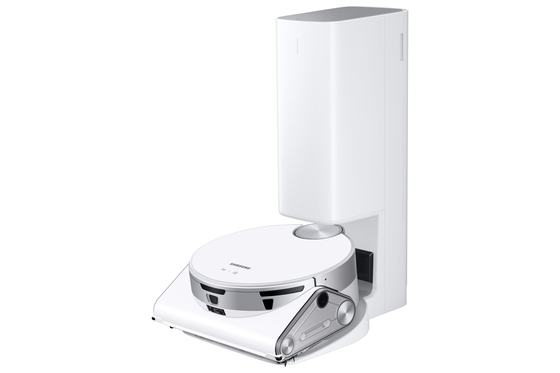 Samsung already has a robot vacuum line called Power Bots. Tuesday's release is the first in its high-end Bespoke brand, which also has models of refrigerators, ovens and other types of cordless vacuum cleaners.

According to Yang Hye-soon, a senior director at Samsung's home appliances division, the development of the new robot vacuum started with a simple question: Why was the robot vacuum product segment not growing faster?

According to the company, cordless vacuum cleaners saw their market share in cleaning devices increase from 25 percent in 2015 to 77 percent in 2020. But the market share for robot vacuums barely moved from 10 to 12 percent.

"We learned from studies that existing robot cleaners were not fulfilling consumers' expectations," said Yang. "People that thought these products wouldn't have to be controlled at all."

Consumers were frustrated with robot vacuums that got tangled up with towels or socks and stopped operating when the dust bins were full.

"To be called a true robot vacuum, this one had to solve those pain points on its own," she added.

This vacuum comes with another surprising feature: "pet care" functions. The device recognizes if a dog barks for more than 10 seconds, informs its owner and approaches the dog to send a video of what its doing. It also has content that could help dogs get accustomed to the self-driving appliance.