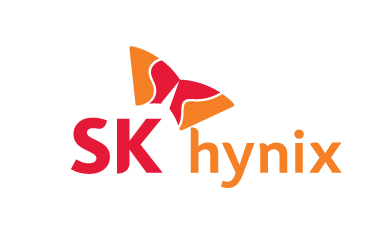 The world's second-largest memory maker, SK hynix said the strong performance was driven by strong memory-chip demand across all applications and improved yield rates, which refers to the portion of flawless chips per production volume.

The trend for remote work and education has increased demand for computers. The heated competition among Chinese handset makers to gain market share benefited SK hynix by driving up demand for mobile memory chips.

As a result, DRAM and NAND shipments both broke the company's sales predictions, growing at 4 and 21 percent on year, respectively. First quarters are typically a low season for chipmakers.

The company forecast strong chip demand to persist through the year and warned that chip supply will become tighter later on in the year.

"The company is preparing to ramp up production and consume inventory but client build forecasts continue to surpass our initial outlook. There's possibility that chip supply will become even tighter as we approach the year's second half."

To cope with the overall supply shortage in the semiconductor industry, SK hynix plans to partially use cash from what was reserved for next year's investments during the second half. But considering the time it takes for setting up equipment, the volume increase in chip production won't be realized until next year, Noh added.

Clients were increasingly vying to increase memory inventory as the chip supply remains tight. Demand for computers and laptops are expected to remain strong, backed by higher demand from remote education and gaming.

For NAND flash, SK plans to start mass production of the 176-layer NAND flash, building upon the 128-layer NAND Flash, which was popular among its clients after its 2020 release.