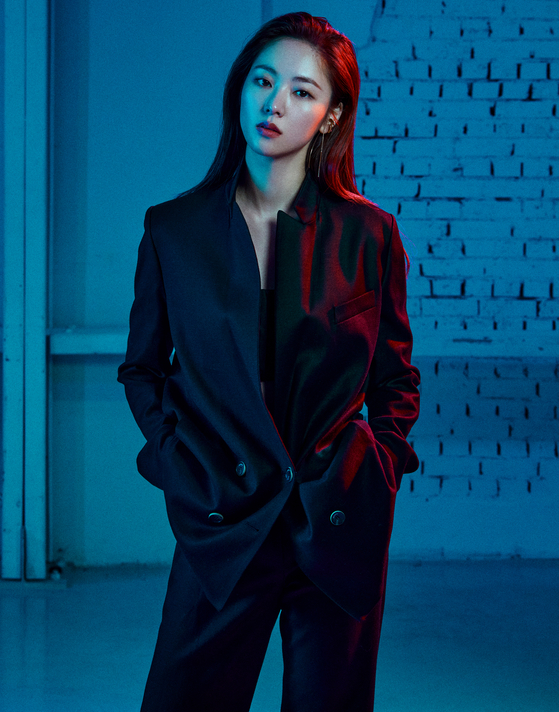 
Actor Jeon Yeo-been is becoming a familiar face thanks to her roles on Netflix, as the heroine of director Park Hoon-jung's film noir “Night in Paradise” and the headstrong lawyer Hong Cha-young in tvN drama series “Vincenzo,” which she stars in alongside Song Joong-ki.

Both the film and the series reached the number one spot on Netflix's Top 10 most popular content list after their release, and “Night in Paradise” was the sole Korean film to be invited to the 77th Venice International Film Festival last September.


Jeon debuted in the 2015 historical fiction film “The Treacherous” and has consistently featured in smaller roles or as an extra. She first made an impression on viewers for her portrayal of a reporter who infiltrates a pseudo cult to uncover the truth in OCN drama series “Save Me” (2017), but her big break came through independent film “After My Death,” where her powerful performance of a high school student Young-hee who becomes the main suspect in her best friend Kyung-min’s disappearance, moved audiences.

However, she may have topped her own personal best with the role of Jae-yeon in “Night in Paradise.” Her cold, indifferent demeanor when she avenges a mob of gangsters who killed her loved ones emits unfathomable fury that streams through the screen.

During an online interview with the Korea JoongAng Daily last Friday, Jeon revealed that she’s always been a fan of Hong Kong noirs listing off films such as “A Better Tomorrow” (1987), “Infernal Affairs” (2003) and films by director Wong Kar Wai. 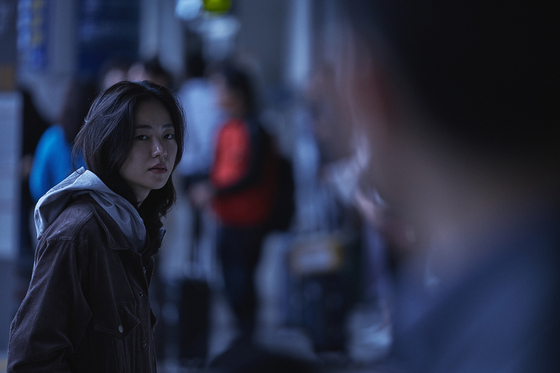 Jeon Yeo-been as Jae-yeon, who takes revenge on a mob who killed her family in "Night in Paradise." [NETFLIX]


“I loved watching them when I was a student, and had fantasized about featuring in one and displaying that awesome camaraderie like the main protagonists,” Jeon said. “But Jae-yeon didn’t really stand out in the beginning [when I read the script]. But then I read the ending scene, and thought, ‘this was it.’ I couldn’t possibly pass on the chance to star in such an authentic noir ending! The twist involving Jae-yeon was the biggest motivation for me to take on this role.”

The first 30 minutes of the film focuses on the narrative of Tae-goo (played by Uhm Tae-goo), a gangster on the run after the mass murder of rival mob members. While he temporarily takes refuge at a weapon dealer’s home on Jeju Island, he meets his niece, Jae-yeon. The two, who have both lost their families and are both at a turning point in their lives, form a strange camaraderie.

“When the director and I met again after he gave me the script, he asked me what I thought about the relationship between Jae-yeon and Tae-goo,” Jeon said. “I thought of them as companions who pity each other in the way that misery loves company. It was difficult to define them. Park wanted to avoid them being defined by just the youthful love between them and expand their relationship to a solidarity between two beings in a similar situation.

“But I think in the end, it was love,” Jeon continued. “Tae-goo saw in Jae-yeon his sister, his niece he adored, and I think he also projected himself onto her as someone who had no-one. Jae-yeon would have thought the same, and in that sense I think their love was compassionate.” 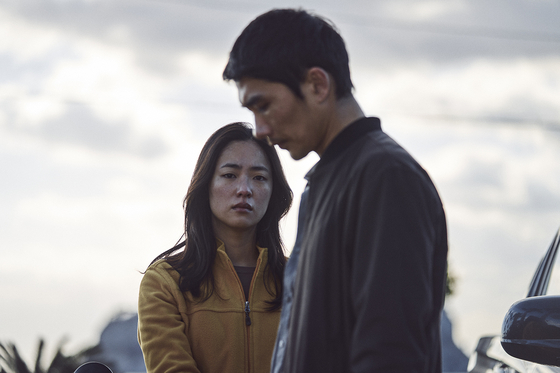 Jae-yeon, left, and Tae-goo (played by Uhm Tae-goo) form a strange bond from the difficulties they've both faced. [NETFLIX]


It’s hinted throughout the film that Jae-yeon’s weapon of choice is guns, which she learned to use from uncle.

“In the gunfight scenes, Park didn’t want those experienced movements that comes from years of professional training,” Jeon said. “Jae-yeon is a sick child who learned and practiced her skills from training with her uncle. [I imagine that] she must’ve spent all her free time shooting guns. [Her movements] needed to be unbalanced, inexperienced, but she had to know how to precisely aim [at her targets]."

The actor said she tried to familiarize herself with guns as much as possible before and during filming and relied on advice from both her coach and Park.

“Park already knew so much about handling guns from his prior work ‘The Witch: Part 1. The Subversion’ so he knew from just a glance whether my posture was correct or not, or if I’d practiced enough. [When I first started practicing] I was so surprised by how strong the recoil was [when shooting] but the more I practiced, I grew accustomed to it. I also worked out consistently to gain strength.” 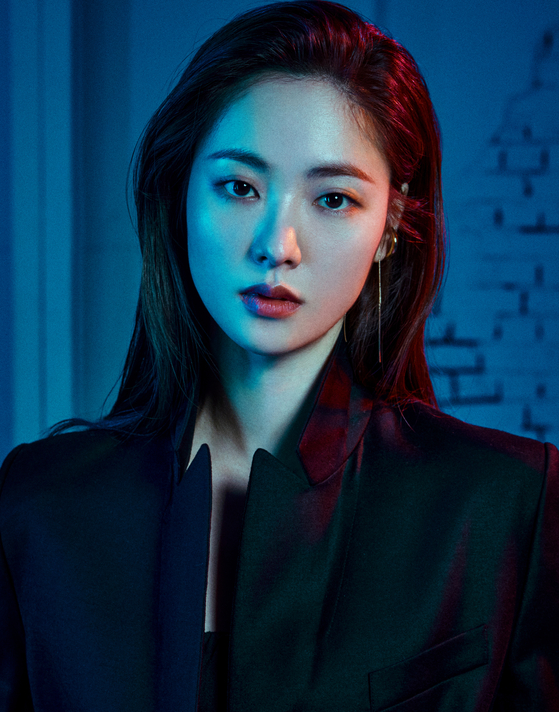 
The film reaches a peak in the last 10 minutes, when Jeon avenges Tae-goo and her uncle.

“Her movements might not be that fierce because she aims so meticulously and precisely, but it’s her gaze [that matters],” Jeon explained. “She’s not enraged or agitated, instead she's following her heart. Her heart and her mind are fired up, but she’s trying to suppress the fire as much as possible and instead condense all of her energy into her fingertips. I also felt the response in my own body. My body was shaking all over and all of the resentment and pent-up anger I felt was on the brink of overflowing, but I didn’t cry.”

After filming the ending scene, Jeon said her body physically hurt because of the gunshots' recoil and her fingers were black and blue. She said she was shaking to the point where she had trouble walking, but it meant that she had put everything she had into the scene, so she remembers that moment with a smile.

Thanks to her newfound fame on Netflix, the actor says she's noticed she has been recognized more by not only local viewers but those from overseas as well.

“After the [online] press screening of the film, I searched through every article and review, and was just so grateful that they had watched it,” Jeon said. “The most memorable ones were about the final scene. I took screenshots of them all and read them again and again."

Jeon has been kept busy with shooting for “Vincenzo,” so she hasn't had as much time to browse reviews but says her friends and family have kept her up to date. 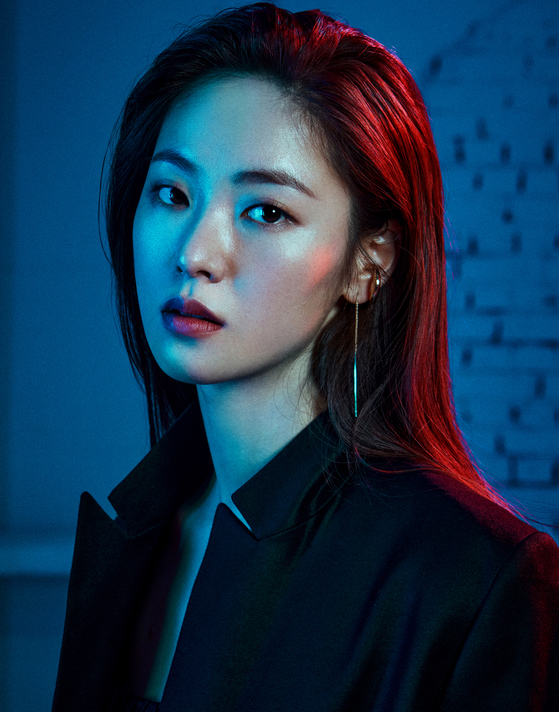 
“My friends told me that their sisters, brothers and boyfriends saw the film,” Jeon said. “I know that Korean dramas and films are earning global accolades such as ‘Minari,’ which I’m so proud of, but [what I felt] was that it hasn’t been long since I created my Instagram account and the proportion of foreign fans increased overwhelmingly [compared to before featuring on Netflix]. They leave so many comments and I can really feel that the scale of the response has expanded.”

Despite the surge of her global popularity thanks to her Netflix appearances, however, Jeon still singles out Young-hee from “After My Death” as her favorite character.

“When I met Young-hee I was having a difficult time because there weren’t that many opportunities being given to me,” Jeon reminisced. “I told director Kim Ui-seok that this was enough for me. I’ve achieved my dream as an actor so it would be even okay if I couldn’t act anymore. But through that film I was led to so many other chances and other roles, so Young-hee is so precious to me, and I’m really grateful to her.”