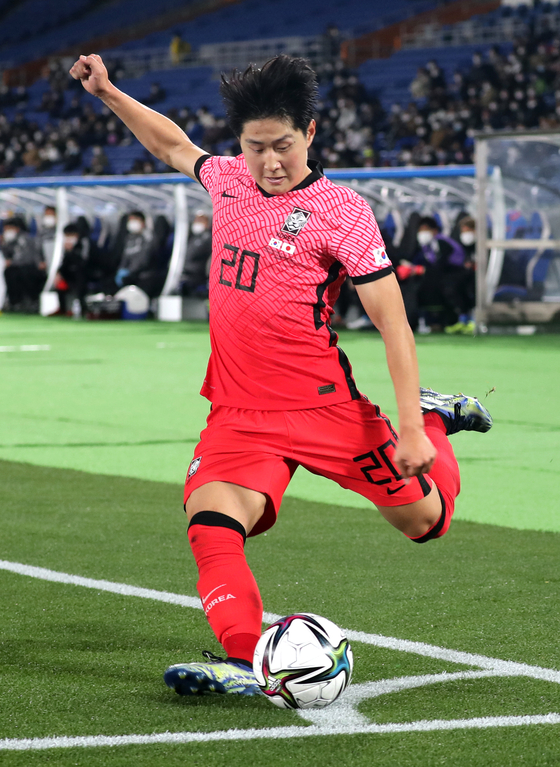 
What matters more, the Olympics or the World Cup?

Korean football is going to have to come to terms with this question quickly, as the Asian qualifiers for the 2022 Qatar World Cup are set to clash with the most important training days ahead of the 2020 Tokyo Olympics.

Who is going to play for which team remains unclear, but with a lot of pride on the line in both tournaments, head coach Paulo Bento and Olympic coach Kim Hak-beom will need to reach some sort of agreement. 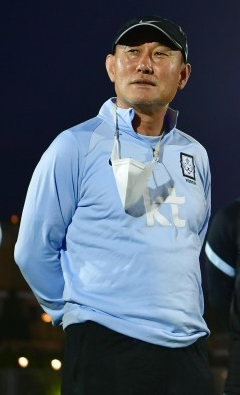 
The group stages at the 2020 Tokyo Olympics are set to begin on July 21. That means Kim and his team have to be together and training throughout June and early July, with the final Olympic squad to be named by June 30.

But Bento and his boys are also busy throughout June. The Korean senior men's football team will face Turkmenistan on June 3, North Korea on June 7, Sri Lanka on June 11 and Lebanon on June 15. These four games are not friendlies — all four games are part of the postponed second round of Asian World Cup qualifiers, as well as qualifiers for the 2023 AFC Asian Cup. 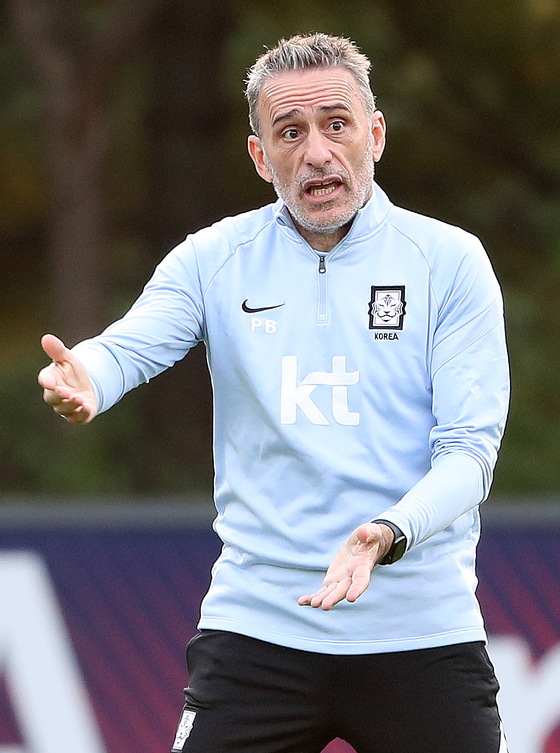 
Although the schedules clash, the overlap between the two teams doesn't actually need to be too big. Olympic rules require participating countries to field a team of players under 24 years old, known as U-23, with three wildcards permitted. That means that while Bento has the pick of every professional Korean footballer, Kim is mostly limited to U-23 players.

The majority of the Korean senior squad are older than 23, so Bento won't face any objections calling them up. The issue will arise with exceptional young stars, like Valencia CF's Lee Kang-in, and the three wildcard players.

Son Heung-min and Hwang Ui-jo were both called up as wildcards for the 2018 Asian Games.

Those five players are the backbone of the Korean squad and losing any of them during the World Cup qualifiers will be a big blow. Korea in March lost 3-0 to Japan, a game that should have gone in Korea's favor, with all five of those wildcard contenders missing from the squad. The gap left by the three forwards and Kim, normally the center of the team's defense, was especially visible in Japan.

Equally important are the U-23 players that have appeared in the national squad. Lee Kang-in of Valencia CF is the most visible, having appeared for the national team six times since 2019, as well as left winger Lee Seung-woo of Portimonense, who has appeared for Korea 11 times.

Um Won-sang, a 22-year-old winger for Gwangju FC, has also been capped with the national team, as has midfielder Kim Jung-min of Vitória de Guimarães and attacking midfielder Jeong Woo-yeong of SC Freiburg.

Any of these players could be added to either squad in the next two months, and it remains unclear who would take precedence.

Technically Bento is probably right — the national team should be considered the most important squad and the World Cup the biggest footballing stage. But there's a lot of pride attached to the Olympics, especially when the tournament is held in the home of old rivals Japan.

"June will be a watershed moment for the Olympic medal bid," Kim Hak-beom said at a media event on Wednesday.

Korea's World Cup qualifiers will all be played in Korea, potentially offering a way out for both coaches as they may be able to share players. But as the U-23 team are not especially used to playing together, every minute of training is key.

Korea has been drawn in Group B at the Olympics alongside New Zealand, Honduras and Romania.