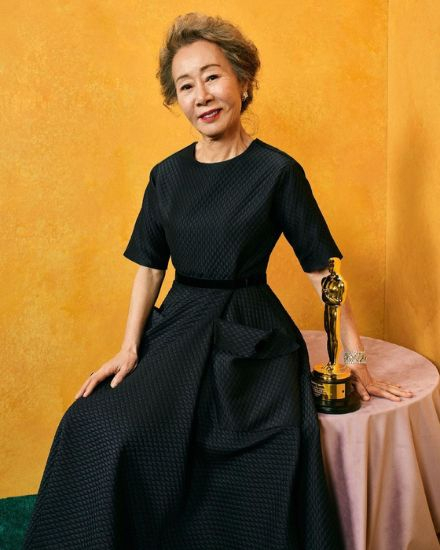 Actor Youn Yuh-jung won the Oscar for Best Actress in a Supporting Role at the 93rd Academy Awards on April 25. [SCREEN CAPTURE]


From YouTubers to brand models, grandma celebrities are capturing the hearts of Koreans, especially the younger generation.

After actor Youn Yuh-jung won the Oscar for Best Actress in a Supporting Role at the 93rd Academy Awards on April 25, many young Koreans in the MZ generation — a Korean term referring to millennials and Generation Z that includes people born anytime from the 1980s to 2010s — are expressing their respect toward the actor, saying that when they grow old, they want to be like Youn.

YouTube star Park Mak-rye, who goes by the handle “Korea Grandma,” is enjoying the prime of her life at age 74, as her channel has become a hit due to her straightforward and often snappy remarks. Park makes videos on various subjects, including makeup, mukbang, and even offering her life lessons to young people. She has gathered over 1.3 million subscribers so far. 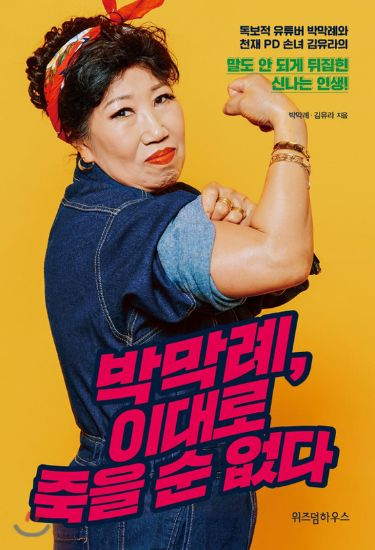 
“I love Park’s enthusiasm and the honest side of her, where she isn't self-conscious about her actions,” said a 23-year-old university student subscribed to Park’s YouTube channel. “Park is much older than me, but she's open to understanding the younger generation, and I think that's the reason behind her popularity.” 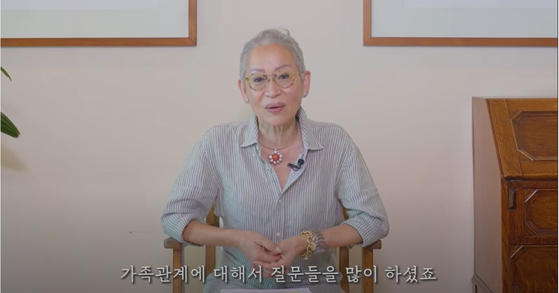 
Chang Myung-sook, also known by her YouTuber name Milanonna, is a 68-year-old fashion YouTuber. Having worked for the fashion industry for over 40 years, Chang shares her fashion insight and life stories on the channel. Her YouTube channel has more than 800,000 subscribers, and many comments on the videos were posted by young people in their 20s and 30s.

Now, it's grandmas like these who have become some of the most sought-after celebrities for many brands that target young consumers.

Actor Youn was recently selected as a model for online shopping platform ZigZag, the userbase of which is mostly young women in their 20s.

“Live your life however you want,” she says in the advertisement. 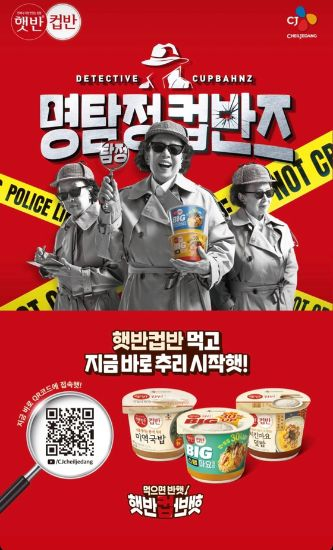 
Actor Na Mun-hee, 79, was hired as a model for CJ CheilJedang’s Hetbahn Cupbahn, ready-made rice cups. The products are hugely popular among young people who enjoy eating food that they can easily grab at a nearby convenience store.

Eighty-year-old actor Kang Boo-ja has been selected as a model for Leaders Cosmetics.

“Senior models offer young consumers a sort of fun that they are not familiar with,” said Hong Jae-seung, executive creative director at Cheil Worldwide. “Just like Youn Yuh-jung, senior models who do not seem like kkondae are particularly popular among companies as they can receive full support and deepest appreciation from all age groups.”

Kkondae is a derogatory Korean slang which is roughly the equivalent of the English slang “boomer.” The term originally referred to stubborn elders, who patronize younger people or junior colleagues or force their ideologies and experiences on them.

Dressing like grandmothers, loosely called the granny look, has also become a popular fashion trend for the MZ Generation. Hand-knitted vests and flower-patterned clothes are a few examples.

“MZers, who have emotional antipathy toward people in their 40s and 50s, feel rather friendly toward the older generation, people in their 60s or 70s,” said Kwak Keum-joo, a psychology professor at Seoul National University.

Young people build their animosity against people in their 40s and 50s as they meet many kkondae in that age group at their workplaces.

In the tvN drama “Navillera,” which just ended about a week ago, actor Park In-hwan played the role of 70-year-old Shim Deok-chul who is secretly fighting Alzheimer’s. Dancing ballet had been his lifelong dream, and he decided to defy social conventions and opposition from his family to make his dream come true.

“Please don’t call me elderly — age is not a big deal,” Shim Deok-chul said in the drama. “I have nothing to tell the young people because I’m so sorry for them.”

“I taught them to live their life to the fullest, but the world just doesn’t work like that.”