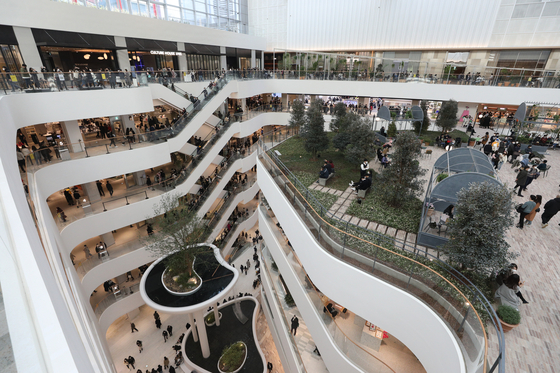 Hyundai Department Store’s consolidated net profit more than doubled on year to 55.85 billion won ($49.9 million) in the first quarter as new stores were opened and consumption recovered, the company announced in a preliminary report on Thursday.

“Opening of new stores like The Hyundai Seoul and Hyundai Premium Outlet Space 1, and the recovered consumption have resulted in the increase of both sales and operating profit,” a spokesperson for the company said.

Opening of new duty free stores in Dongdaemun in central Seoul and Incheon International Airport and increased sales of imported cosmetics have also helped, according to the spokesperson.