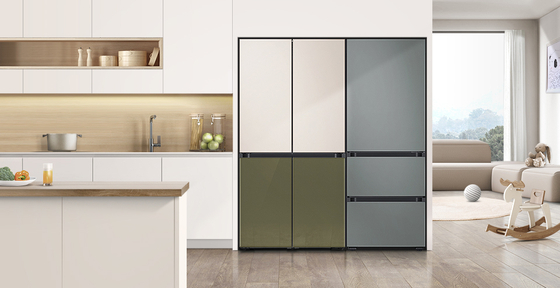 
With the pandemic forcing people to spend more time at home, demand for luxury home appliances has been surging.

Home appliances were long considered to be a sturdy staple. New purchases weren’t needed for a considerable amount of time once the essential gadgets were bought. But not anymore. Appliances now go in and out of style, with people purchasing them for the sake of satisfaction and desire rather than necessity.

Amid the pandemic, home appliances is one of the few product categories where sales increased. At The Hyundai Seoul, Seoul's largest department store located in Yeouido, western Seoul, LG Electronics and Samsung Electronics ranked first and second in terms of sales during the first opening week. 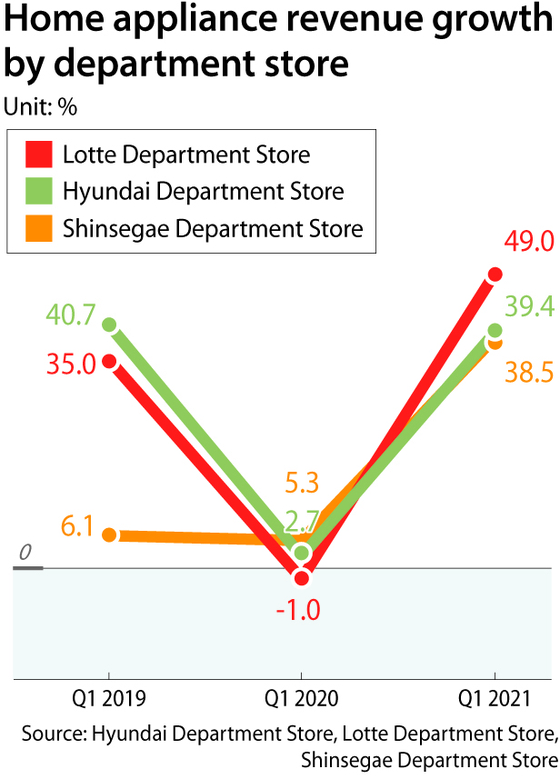 The surge is related to increased stay-at-home time during the pandemic.

Although more people spend time at home, they want to spend it on leisure and relaxation. Time spent on household chores is decreasing, while the popularity of consumer electronic gadgets that help reduce housework is on the rise. Sales of dishwashers, clothes dryers and robot vacuums - long known in Korea as housekeeper gadgets - significantly increased.

Gmarket reports a rise in the transaction volume of consumer electronics. According to the e-commerce platform, dishwasher transactions between March and April increased by 68 percent on year. Food waste disposers transactions rose 55 percent, TVs 36 percent and drum-type washers 33 percent.

“In the past, refrigerators, washing machines and TVs were the three main appliances given as marriage gifts, but people are now adding dishwashers, clothes dryers and stylers to the list,” said Yoon Hyun-chul, chief buyer at Lotte Department Store’s consumer electronics division. “There are many newlyweds who spend over 10 million won just on household gadgets.”

Koreans are also diving into luxury appliances. At Lotte Himart, sales of soundbars, a high-quality loudspeaker, rose 130 percent in the January-to-April period, compared to the same period a year earlier. Stylers and Tablet PCs were also in demand, with sales of both up 40 percent.

“I think home appliances are sensitive to trends,” said a housewife who is planning on moving. “My home appliances work perfectly fine, but I’m thinking of getting new ones for the sake of home décor.”

She plans to change her out-of-style flower-patterned fridge to a trendy built-in style refrigerator.

With celebrities appearing on reality shows and giving a peek of their lives at home, their luxurious household devices are also driving demand. Purchasing home appliances benefits the family as a whole, making it easier for people to justify their purchases and feel better at the same time.

“A home is now known as a multi-functional place where people can rest, work and enjoy hobbies,” said Lee June-young, a professor in Sangmyung University’s department of consumer and housing studies. “With home electronics considered as important gadgets that serve both function and design, the demand for aesthetically pleasing premium appliances is unlikely to curb.”