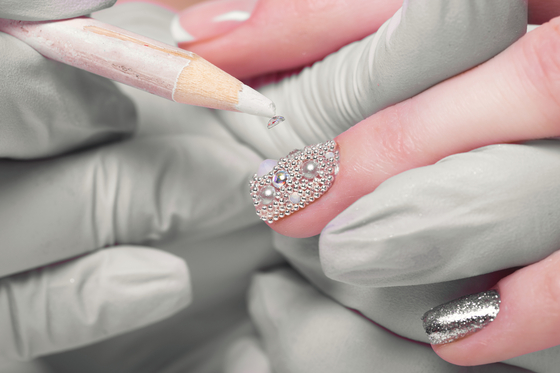 A nail artist applies rhinestones on a client's nails. [SHUTTERSTOCK]


Which part of our own body do we look at the most?

“We look at our own hands most frequently in everyday life. So I feel very satisfied when my fingertips look pretty, which is why I became interested in nail art.”

Yoon is not the only one. In recent years, nail art has become exponentially popular in Korea. According to the Korean Statistical Information Service, the number of nail salons increased from 10,382 in 2016 to 16,464 in 2020. Despite the Covid-19 pandemic’s negative impact on most industries, nail salon franchise BandIn House surpassed its sales goal by 110% in 2020.

Sales for at-home nail art products are on the rise as well. Beauty store chains Olive Young and Lalavla’s nail product sales rose approximately 30 to 40 percent last year while nail sticker brand Ohora’s sales in the first half of 2020 was eight times its entire sales for 2019. 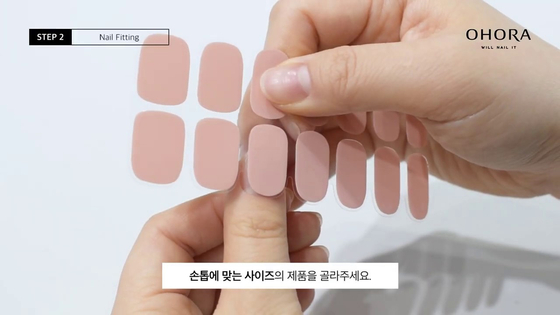 
The lipstick effect is a well-known economic theory that during an economic recession, consumers are willing to buy less costly luxury goods, such as an expensive lipstick. However, lipstick sales dropped during the pandemic due to mask-wearing, and people have turned to playing up the parts that are still visible, such as eyes and nails.

“Being stuck at home [for social distancing] also gives me more downtime to paint my nails,” said 22-year-old Kim Gyu-ri from Daejeon. “Since I started working from home, now I can try bolder shades and designs.” 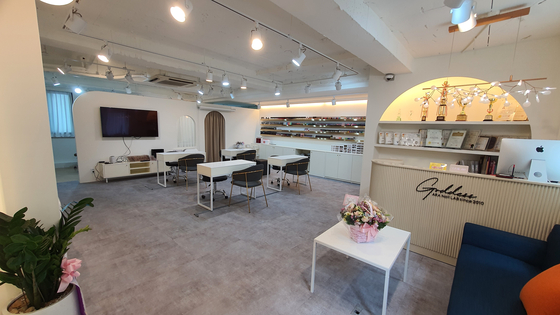 
Nail art is also a way of self-expression that can’t be done with clothing or makeup, nail artist Cho A-ra told the Korea JoongAng Daily. Cho has worked as a nail artist since 2002 in Korea, Japan and Thailand. She has operated the Goddess Ara Nail Lab in Myeongdong, central Seoul for the past 11 years and was previously the exclusive nail artist for K-pop girl group Wonder Girls.

“Let’s say you love heart shapes,” said Cho. “You can’t draw a heart on your face and walk around in public. But on your nails, you can draw or stick as many hearts as you want,” Cho said. “I think that self-satisfaction is why women are willing to spend money on nail art.” Cho added that the pandemic did not significantly impact her business. 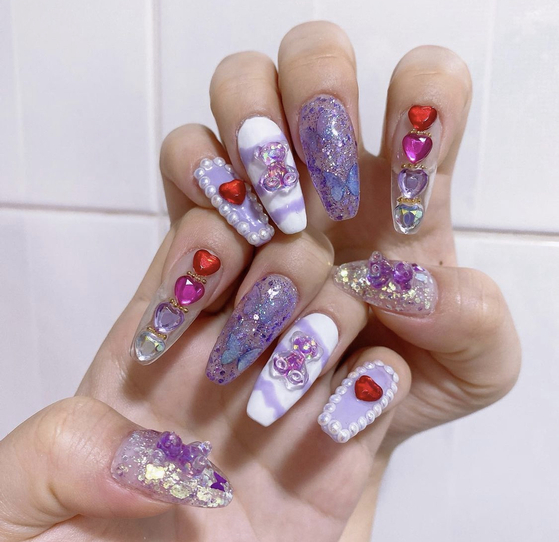 Twenty-three-year-old Lee Ji-eun from North Gyeongsang does her own nails. [LEE JI-EUN]


“Whenever I look at my pretty nails, I feel good and well-groomed,” said 23-year-old Lee Ji-eun from North Gyeongsang. Lee does her own nails as a hobby and spends an average of 300,000 won ($270) on nail art supplies every month.

“The concept of paying to take care of your nails did not exist until the early 2000s,” said Cho. “The first nail salon in Korea opened in Itaewon in 1988, but it mainly serviced foreign clients. Nail salons with mainly Korean clientele emerged around the 2002 World Cup.” 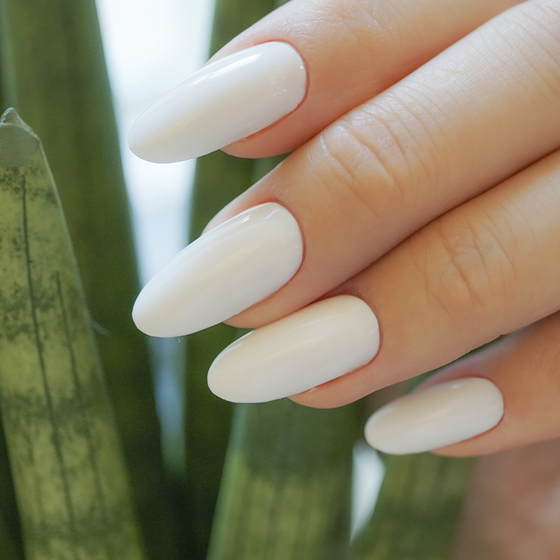 
Early nail salons in Korea only used regular nail polish, which easily chips and requires frequent reapplication. Gel nails, which are hardened by ultraviolet or LED light and last chip-free for almost three weeks, became widespread in Korea after 2012 and are now the most popular form of manicures. The most recent trend is nail extensions, popularized since 2018 by celebrities such as Hwasa of K-pop girl group Mamamoo. 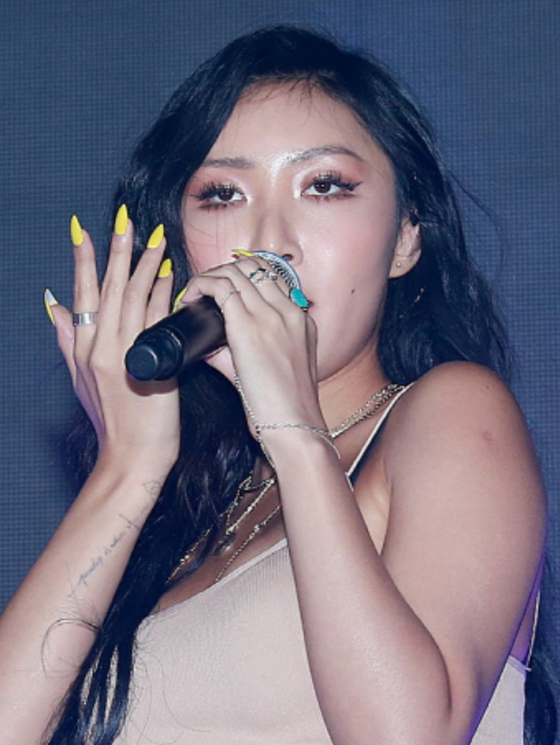 
Nail art has not only aesthetic but also practical purposes. Cho says the hard gel nails provide a protective layer to prevent nail biting or breaking and can correct clubbed thumbs. She is recently seeing an increasing number of elementary and middle school children visiting with their parents' approval for such purposes.

“Many of my friends regularly visit nail salons for gel manicures,” Yoon said. “My mother’s generation is not used to visiting nail salons, but even they love using at-home products like nail stickers or press-on tips. I personally enjoy looking at people’s nail art and guessing their personalities and tastes.”


According to Cho, however, the situation was quite different until the early 2010s.

“People have said to my face, ‘Isn’t nail art for bar hostesses?’ Society had prejudice that colorful, embellished nails did not look neat and tidy, and were for certain kinds of women. Even my mother wouldn’t tell her friends what I did for a living, until she became proud when I started working with Wonder Girls.”

Cho says people’s aversion to nail art stemmed from fear of the unknown.

“Most people had never spent any money on their fingertips,” she said. “So they were, or still are, shocked by the concept of paying that much for nails.” 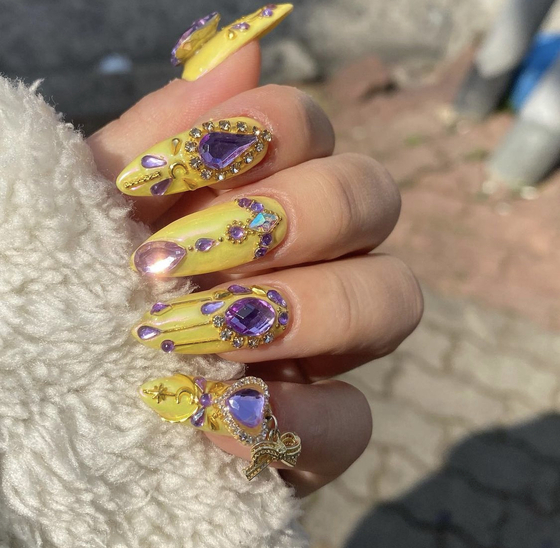 
“One client of mine spent 320,000 won in one sitting. Although it might seem ridiculous to some because nails take up a small portion of our bodies, it’s the same as going to a hair salon or buying clothes to beautify yourself if you really think about it.”

Nail art is not limited to people who have that much disposable income. Yoon says she used to be a regular client of nail salons, but recently started doing her own nails due to financial reasons.

“Doing them myself is cheaper in the long run. I can add as many designs as I want without worrying about additional fees,” she said. 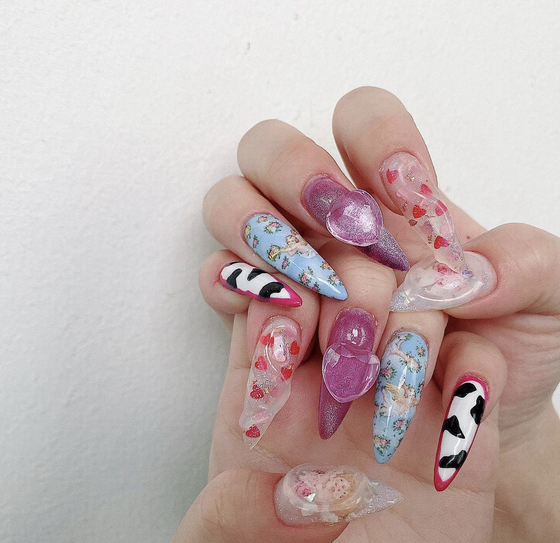 
Yoon says do-it-yourself nails have become increasingly accessible due to a multitude of online and offline retailers selling nail products for non-professionals.

“But for those who can afford it, going to the salon can be an experience itself. Chatting with the nail artist is quite relaxing, and they are professionals after all.”

Cho says she sees a bright future for the Korean nail art industry.

“Nail art trends used to start in Japan and then reach Korea three years later. That’s why I went to Japan to study nail art. But that gap became shorter and shorter, and now Korea is the pioneer of many nail trends and techniques, such as pixie stone nails [fully covering the nail with tiny crystals] and stamping nails [stamping patterns onto the nail].” 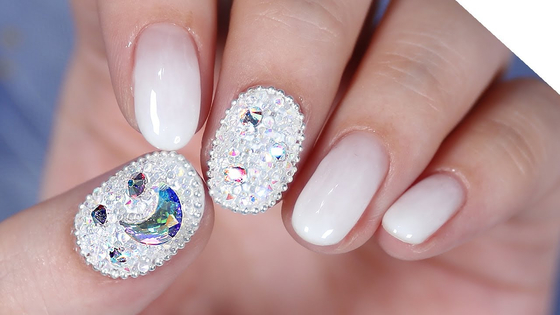 
The quality of domestic nail supply brands has also caught up quickly, according to Cho.

“We used to think of Japanese or American brands as top-notch. Today, the quality of Korean brands is impeccable while also being more affordable. I’m glad there are now more domestic brands to choose from.”

“At the end of the day, you are the one who looks at your own nails the most,” said Cho. “It’s all about self-satisfaction. I want more people to see nail art as accessible and have fun with it.”