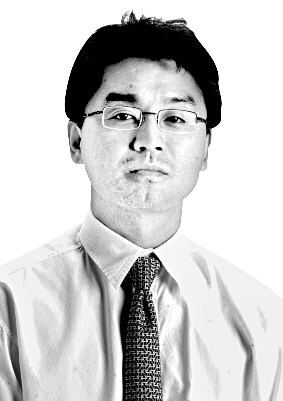 
The Traffic Broadcasting System (TBS) radio program News Factory hosted by outspoken liberal Kim Ou-joon has raised a serious question about the state of journalism in Korea. It is debatable whether Kim’s comments and behavior should be regarded as media activity or propaganda. Media organizations’ political bias has often been an issue, but propaganda through the media that can affect the broader society is novel. The ruling liberal front touts Kim as a “truth-speaking genius.” But political critic Chin Joong-kwon calls him a “propaganda machine.” Over 340,000 people have signed a petition on the Blue House webpage to have Kim removed from his show.

The media does not mirror reality as it is. News reflects a “processed” reality. Social events and issues are chosen to be presented and framed with certain a significance to influence public views. In journalism, this is called “reconstruction of the reality.”

The reconstructed reality produced by Kim’s news show is very political. His overtly left-leaning stance has led to strong audience rating among a liberal audience. The ruling Democratic Party (DP) relies so heavily on the show that members frankly admit that they cannot imagine a morning without Kim. His program indulges the ruling front. Song Young-gil, new Chairman of the DP, came to Kim’s defense amid talks of his sacking after conservative Mayor Oh Se-hoon took the helm of the Seoul Metropolitan Government, which owns TBS. “Media freedom should be guaranteed. Since there are many falsehoods and bias in the conservative media, there needs to be a balance,” Song said.

Joseph Goebbels was the father of political propaganda for the Nazi party under Adolf Hitler. The Reich Minister of Propaganda called the media “Nazi’s piano.” The media was instrumental in playing the tunes of the Nazi government. Propaganda was the sole purpose of media. Radio was the main media tool in the 1940s. Goebbels made sure each household had a cheap type of radio known as People’s Receivers. Goebbels has gone down in history with his analysis of the true power of propaganda: “If you tell a lie big enough and keep repeating it, people will eventually come to believe it.” Propaganda creates ―and proliferates ―lies to excite hatred in the public mind and demonize other parties.

“Hatred propaganda is always necessary in war time to arouse and intensify animosity against military and diplomatic rivals to attract neutral support,” leading American political scientist Harold Lasswell said to argue that propaganda is a necessary tool in war. Media adds fire to the hatred. In this type of media, fact, truth and lies do not matter. To achieve the intended purpose, propaganda resorts to fabrication and distortion. Through a clever blending of falsehoods and lies, a distorted reality is molded.

Kim Ou-joon spread unfathomable theories and built a strong fan base. He floated ungrounded theories about the Cheonan warship, a vote count fraud by former President Park Geun-hye and questions about the sinking of the Sewol ferry. Those arguments were permissible because he had been a personal podcaster and YouTuber.

But spreading of such theories via a public radio station is different. Kim raised inappropriate suspicions about Seoul mayoral candidate Oh during the Seoul mayoral by-election campaign. Kim suspected someone was behind Lee Yong-soo when the aged survival of Japanese military sexual slavery exposed accounting fraud by the Korean Council for Justice and Remembrance. Kim floated the theories because his extraordinary nose “smelled something fishy.” A typical propagandist attacks an opponent without facts or evidence. Kim took up every issue involving key figures in the government — Cho Kuk and Choo Mi-ae, for instance — by inviting guest speakers to defend the “good liberals” against the “evil conservatives.”

Newspapers, broadcasters and internet media vie with issues like Covid-19 vaccines. The reconstructed reality tends to have political color depending on the media’s ideology. The vaccine debacle can be blamed on a slack strategy by the Moon Jae-in government or the U.S.’s vaccine nationalism.

TBS is a public broadcaster. Seoul citizens pay for 73 percent of its annual budget. Kim is said to have been paid over 2.2 billion won ($2 million) over the past four years. Society is required to endure bigoted journalism on top of fake news and taxes are being used to reward purveyors of propaganda.

Propaganda can be dangerous. A propagandist passing himself off as a journalist can turn truth into fake news and use it for political purposes. “The ideal subject of totalitarian rule is not the convinced Nazi or the convinced communist, but people for whom the distinction between fact and fiction and the distinction between true and false no longer exist,” said American political theorist Hannah Arendt. We dread such influence in a public broadcaster.

All politics is local now more than ever (KOR)

All politics is local now more than ever