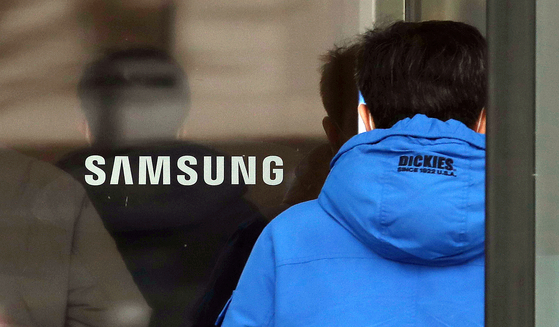 Samsung Electronics shares closed below 80,000 won ($70.7) for the first time in more than four months Thursday, mainly due to dumping by foreign investors.

Samsung Electronics was one of the most popular picks for local punters since it led a bullish rally last year.

Retail investors were hit hardest. Individual investors owned 605 million common shares of the company as of April 30, 10.13 percent of the total, according to data from the Korea Securities Depository. It was the first time retail ownership broke 10 percent for Samsung Electronics. The number of individual share owners is estimated to be about 5 million.

“I bought Samsung Electronics shares at 90,000 won, should I sell them off now?” read a recent post in an online community for retail investors.

Analysts say there are a few complex reasons behind the continuous price decline, including concerns over inflation, establishment of the Semiconductors in America Coalition (SIAC), and a shrinking Taiex index in Taiwan.

On Tuesday, U.S. semiconductor companies and big businesses that use chips announced the formation of the coalition to push for financial support by Washington for semiconductor research and manufacturing. Its members include chip makers Intel, Nvidia and Qualcomm and companies that rely on semiconductors, like Apple, Google, Microsoft, Amazon Web Services, AT&T and Verizon.

“The coalition has asked for the U.S. Congress for $50 billion in funds,” said Lee Kyung-min, an analyst at Daishin Securities. “If the U.S. governments decides to support the semiconductor industry, it’s inevitable for Korean and Taiwan companies to lose market share [in the U.S.]”

The shrinking Taiex index in Taiwan also is a factor.

“Due to a weaker-than-expected performance by TSMC in April and increasing Covid-19 infections in Taiwan, some are raising concerns over a possible production shortfall in smartphone factories located in Taiwan,” said Lee Won-sik, an analyst at Korea Investment & Securities. “Retail investors’ confidence in tech companies has been weakened.”

Doh Hyun-woo, an analyst at NH Investment & Securities, predicts that “prices are not expected to increase for the meanwhile.” Samsung falls behind TSMC in the non-memory business and even other rivals like U.S.’s Micron in memory semiconductor sector, Doh said.

Analyst Lee, however, disagrees with Doh.

“Considering all factors including the company's performance, we see 78,000 won as the lowest point of its price,” said Lee. “Now is the good time to purchase Samsung Electronics shares.”