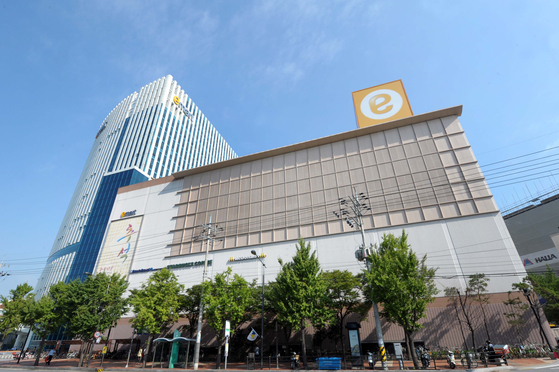 
Emart's net profit more than doubled in the first quarter on buoyant business at its brick-and-mortar stores, Shinsegae Group announced in a preliminary report on Thursday.