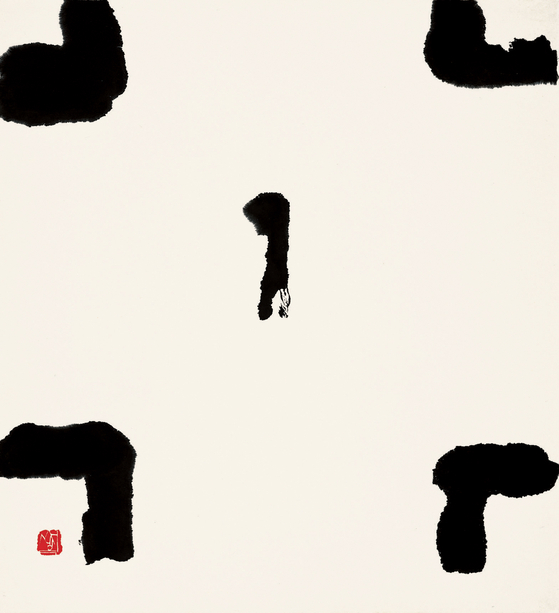 
The family of late artist Suh Se Ok (1929-2020), a pioneer of abstract ink paintings based on the tradition of East Asian ink calligraphy and paintings, donated some of Suh’s own work along with art pieces he had collected to central Seoul's Seongbuk District government.

Suh, who died on Nov. 29 last year, left about 2,300 works of his own and some 990 pieces of art he had collected. This total of around 3,290 pieces of art were donated to the district office. Members of Suh’s family including his wife Chung Minza and sons — artist Do Ho Suh, globally known for his translucent fabric building installations, and architect Eulho Suh — gathered with officials from the district office and other industry experts at the Seongbuk District office on May 12 to have an agreement ceremony to finalize the donation. Do Ho Suh participated from online. 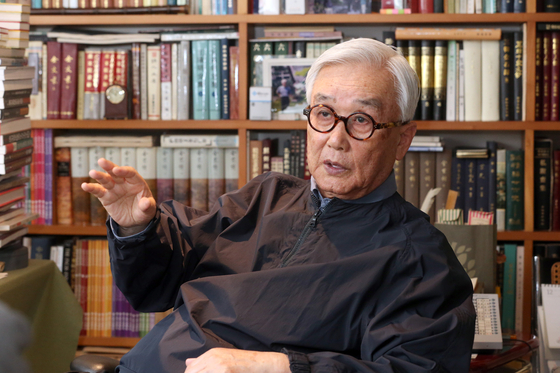 
Abstract paintings and other drawings make up part of some 450 pieces of Suh’s own major works.

Seongbuk District office announced a plan to make an art museum in honor of Suh so that more people can appreciate his work.

“Suh used to say art should be available for many to look at,” his wife Chung said at the agreement ceremony last week. “He also said many should be able to sympathize with the art.”

Seongbuk District Mayor Lee Seung-ro said the office will make a way for anyone to enjoy and appreciate the donated works of art. More details on the establishment of an art museum dedicated to Suh’s works will come in the future. For the moment, the district office will move the artworks into a storage area outside the office until it completes the construction to expand the storage area of Seongbuk Museum of Art, which will then store and manage all the donated art. 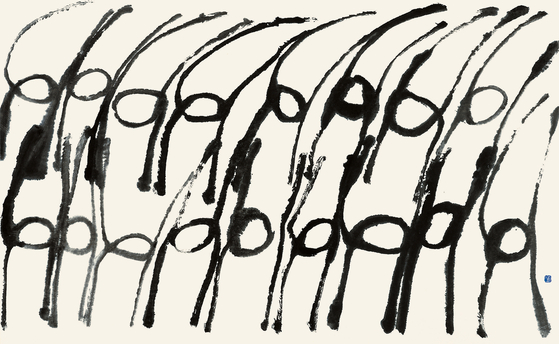 
Some of the works will be on display for the public at the museum around November, tentatively, to commemorate Suh a year after his passing.

Suh, also known by his pen name Sanjeong, lived in Seongbuk District for over 60 years and contributed much toward making cultural and artistic developments in the area. Suh and many other cultural experts gathered to establish a Seongbuk scholarship committee in 1978, still in operation, that raises funds by holding an exhibition with Seongbuk District office to sell artists' works and then gives a portion of the proceeds from the sales toward the scholarship. The fund is used to provide scholarships for students in need in the district.

The artist also pushed for the establishment of Seongbuk Museum of Art, which opened in 2009, and served as the honorary director of the museum.

He has been a forerunner in paving a way for new artistic skills. He combined calligraphy and painting by using calligraphy techniques. He created abstract ink paintings in a new style and even established the Ink Forest Society in 1959 to lead the way to modernize traditional East Asian ink paintings. 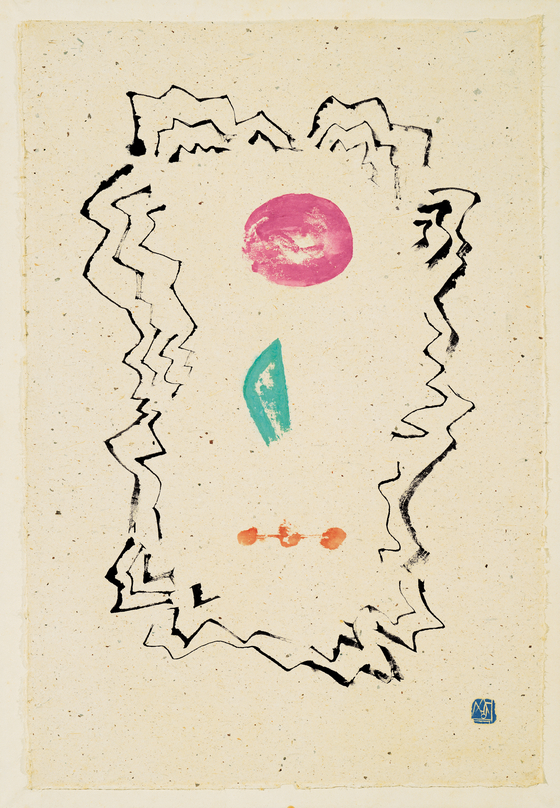 
Suh was born in 1929 in Daegu. His father was an activist who supported Korea’s independence movements against the Japanese colonial rule. Suh learned calligraphy while he was still young and later studied Oriental paintings at Seoul National University. He also taught at his alma mater as a professor for about four decades from 1955 when he was 26. In 2014, he chose 100 pieces of his major works and donated them to the National Museum of Modern and Contemporary Art.