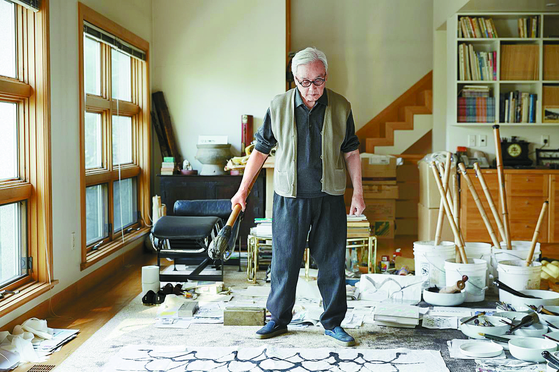 This photo by Lee Joo-yeon shows artist Suh Se Ok working on one of his "People" series at his studio in central Seoul. [LEHMANN MAUPIN]


Korean artist Suh Se Ok (1929-2020), a pioneer of abstract ink paintings based on the tradition of East Asian ink calligraphy and paintings, died at the age of 91 on Nov. 29, the National Academy of Arts announced Thursday afternoon.

“He passed away due to a chronic ailment,” the academy said. Despite his great influence on Korean art not only as an artist but also as a professor, his family held Suh's funeral privately and announced his death afterwards to conform with social distancing policies amid the resurgence of Covid-19 infections, the academy explained.

Suh is survived by his wife, Chung Minza, and two sons — artist Do Ho Suh, world renowned for his translucent fabric building installations, and architect Eulho Suh, known for the Hyundai Motorstudio building.

“We had to approach all the procedures, including even our final farewell to the deceased, from a whole new perspective due to Covid-19,” Do Ho Suh told the Korea JoonAng Daily on Saturday.

“Holding our hands, my father passed away peacefully,” he continued. “We had a simple funeral without binso [a place for visitors to mourn]. We plan to hold a memorial ceremony for him when the pandemic settles down.” 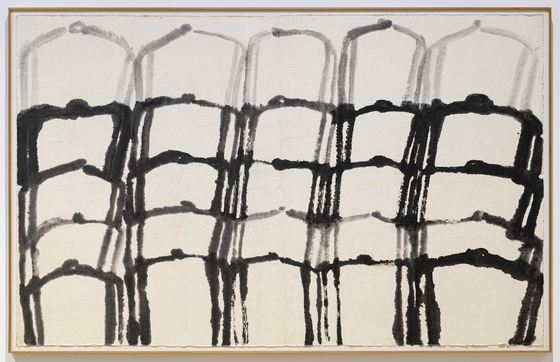 
Suh Se Ok, using the pen name Sanjeong, gained early recognition for his paintings in East Asian style by winning the Prime Minister Prize at the 1st National Art Exhibition in 1949, when he was a student of Oriental paintings at the prestigious Seoul National University. In 1955, at the age of 26, he became a professor at his alma mater, where he taught and trained artists for four decades.

He formed a group called the Ink Forest Society in 1959 with other artists to explore ways to modernize traditional East Asian ink paintings.

In the tradition of East Asian ink paintings, in particular muninhwa, which translates into scholars’ or literati painting, the three elements — poetry, calligraphy and painting — should be together, making a trinity or “three forms of one body.” However, they were separated from each other during the modernization and Westernization of Korea’s art institutions in the early 20th century. Sanjeong combined calligraphy and painting again by using calligraphy techniques to create abstract ink paintings in a new style.

Sanjeong’s famous “People” series, which he began to develop in the 1970s, feature abstracted and symbolized human figures. They can be associated with the Chinese pictogram "Ren" ("In" in Korean) that means human but includes more diverse forms. Depicted in dashing brush strokes unique to ink calligraphy, the abstracted human figures seem to be dancing or moving hand-in-hand, while coming together in various forms of nets.

“I depict many sides of human figures ... I express numerous people’s joy, anger, sadness and pleasure,” Sanjeong said in an interview with art critic Kim Boggi for an essay about the artist in 2015. Sanjeong fuses “abstract mark-making and his fascination with the patterns and motifs of social interconnectedness,” Lehmann Maupin Gallery, which held a solo show in New York in 2018, wrote on its website. 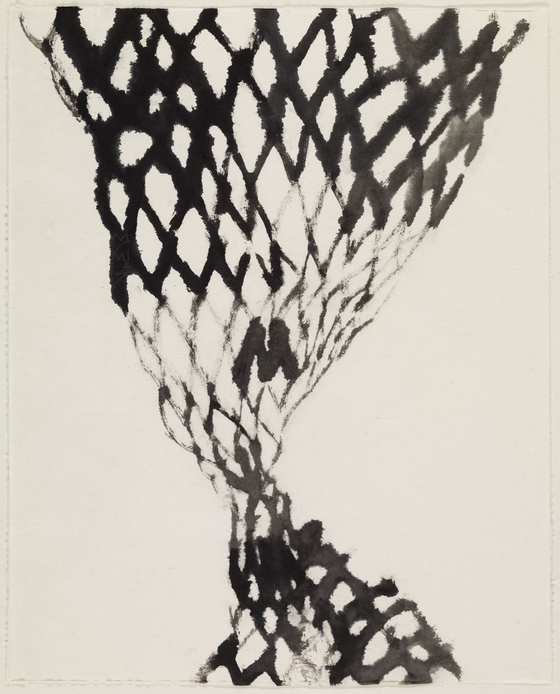 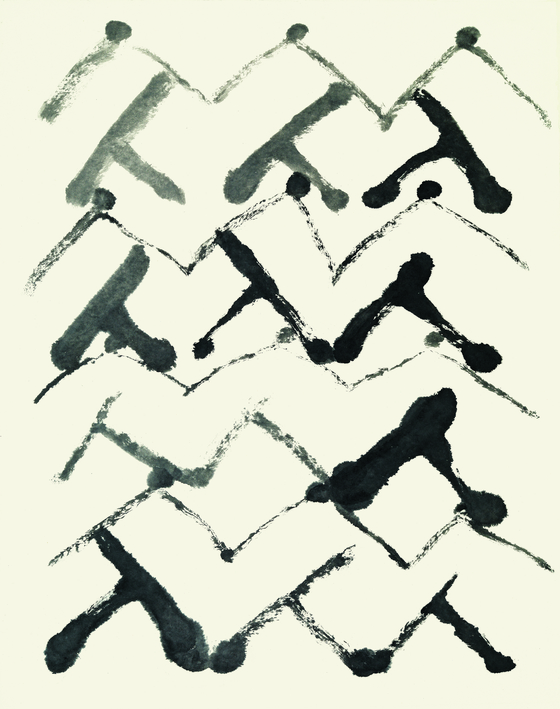 
“Although the forms are extremely simplified, there are diverse gestures and expressions of humans [in Sanjeong’s paintings],” Kim wrote in the essay. “They together make diverse compositions to produce multiple meanings.”

Kim said Sanjeong is important as “a pioneer who led the modernization of Oriental painting” and as a rare modern “literati painter” who was excellent at all the three arts — poetry, calligraphy and painting. He was also a “highly accomplished seal engraver,” Kim added. The red seal mark is essential to black-and-white ink painting in the East Asian tradition. Sanjeong was influenced by his father, who was a scholar of Chinese literature and a Korean independence activist during the Japanese colonial rule (1910-45), according to the artist.

Among Sanjeong’s numerous solo exhibitions are “Suh Se Ok” at Gallery Hyundai in 2016; “Special Exhibition of Donated Works — Suh Se Ok” at the National Museum of Modern and Contemporary Art (MMCA) in 2015-16, based on 100 pieces of his paintings that the artist donated; and ”People” at Maison Hermès in Tokyo in 2007. In the Tokyo exhibition, he collaborated with his son Do Ho to present an installation work made with his painting on a large-scale translucent fabric. 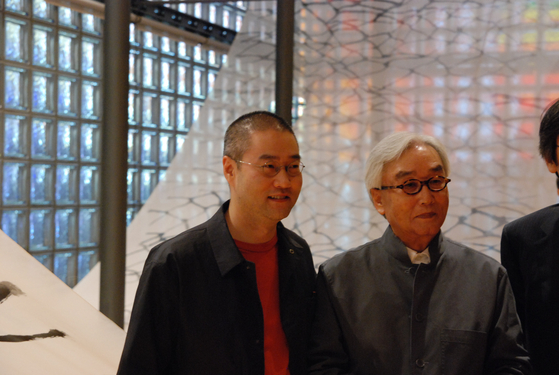 Suh Se Ok with his son and artist Do Ho Suh, left, at his solo show at Maison Hermes in Tokyo in 2007. [JOONGANG ILBO]

The major group exhibitions in which Sanjeong participated include “Beyond Line: The Art of Korean Writing” at the Los Angeles County Museum of Art (LACMA) in 2019 and “Leeum 10th Anniversary Exhibition: Beyond and Between” at the Leeum, Samsung Museum of Art, in Seoul. His works are in the collections of the British Museum in London, the Fukuoka Art Museum in Fukuoka, the Museum of Fine Arts in Houston, Texas and others. He received the Order of Cultural Merit — Silver Medal from the Korean government.

'The Artist and His People'