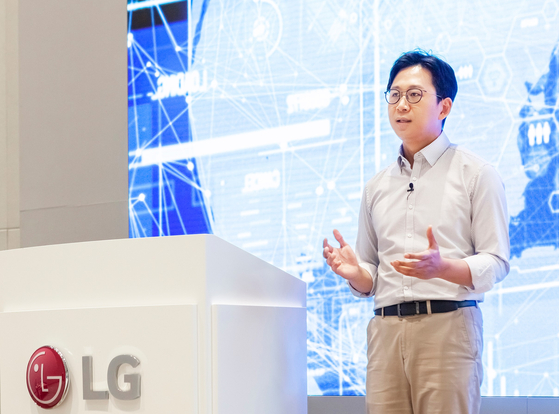 LG AI Research will invest more than $100 million over a three-year period to establish computing infrastructure to help the organization’s research in artificial intelligence (AI) technology.

The investments will go to purchasing or borrowing servers in large volumes dedicated to AI research. By the end of that three-year period, LG hopes its computing infrastructure will reach the capacity to process 9.7 quintillion calculations per second.

This is the second investment plan released by LG Group’s AI think tank launched in December last year. Back then, the organization announced that it would invest more than 200 billion won ($176 million) for human resources and in R&D activities.

Monday’s $100 million-plan is not part of the previous announcement, a spokesman said, and will be solely dedicated to LG AI Research’s server infrastructure.

The ultimate goal of the think tank is to develop “mega-scale” AI systems that resembles a human brain — one that can perform on a par with any human employee.

This includes everything from simple tasks like summarizing customer complaints to more advanced work like analyzing academic papers to discover new material for batteries or displays. A “mega-scale” AI system specialized in the area of design, for example, can suggest design candidates for new appliances using existing data. A human designer can then use that data to produce a final draft.

“Our main strategy is to organize an ‘open ecosystem’ where we work with global partners for research, computing infrastructure and obtaining data,” said Bae Kyung-hoon, the AI think tank’s head.