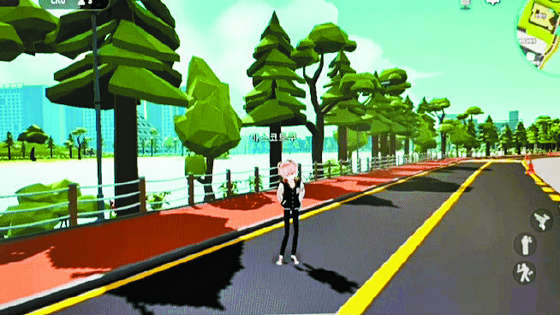 
While the late months of spring and the beginning of autumn are when universities normally host several days of festivities for their students, festivals traditionally held on campus lawns have moved into virtual spaces this year as the Covid-19 pandemic makes in-person celebrations an impossibility once again.

To recreate the feeling of being on campus for students, Konkuk University’s student assembly prepared a 3-D metaverse –– a digital version of the campus –– to play host to the university’s festival, which will last three days from Monday, in lieu of the physical campus after it became clear that the pandemic would not subside in time.

Within this metaverse, students can create avatars to roam the digital campus, interact with each other, and participate in games and activities including escape rooms, set up in the virtual campus buildings.

“We thought that an online festival held through Zoom or YouTube was inherently limited in that it would only allow for one-way interactions,” he said. “Considering how socially isolated students currently are, we thought a festival held in a metaverse would help everyone experience campus life as it once was.”

University festivals in Korea are the biggest social events on campus calendars, providing an opportunity for students to mingle across age groups and to become involved in extracurricular activities after seeing performances or playing games in booths run by student organizations.

Seoul National University (SNU), which usually holds two festivals a year, canceled both last year in light of the pandemic. For this year’s online festival, which kicked off last Tuesday, the university livestreamed concerts by clubs through an online channel where students’ friends and classmates could cheer them on or ask how to get involved with the clubs’ activities.

A marketplace held in past years to sell festival souvenirs at SNU was also moved online. Students from the university’s design and computer science departments collaborated to create a website to sell stickers, postcards and soju shot glasses by delivery.

Soongsil University, for its two-day festival which commences on Tuesday, has also created a metaverse, albeit one that resembles an old-school Pokémon or Pacman game interface, with students moving their sprites into different academic departments or club booths online.

“Due to Covid-19, student representative bodies at university departments and clubs are experiencing difficulty recruiting students. We hope the festival will be a good opportunity for these organizations to promote themselves,” Kim said.

“The online festival may prove an innovative way to resolve the weakened sense of community,” he added.