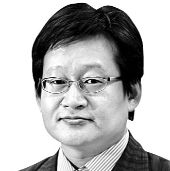 Suh Kyoung-ho
The author is the economic and industry news director at the JoongAng Ilbo.

President Moon Jae-in remained staunchly behind his signature “income-led growth” policy. “I believe it has helped greatly in the battle against Covid-19,” he said in an address marking his fourth year in office on May 10. “There were concerns about the shock [of the policy] on the market, but the positive results such as strengthened employment and social security and improvement in income distribution data are undeniable,” he added.

Moon could have sounded more convincing if he had attributed the results to a series of measures for “inclusive growth” his administration took to cushion the shockwave from Covid-19 fallouts. Yet the president specifically cited “the increases in the minimum wage, conversion of irregular workers to regular status, and a cut in work hours” as his administration’s proud achievements despite their consequences on the economy.

The income-led growth experiment has already been pronounced a failure by academia. Few supporters are left. In her book “Crisis and Criticism” published in 2017 — the first year of Moon’s administration — economist Yoon So-young attacked the policy for being “either economically illiterate or a scam.” Mainstream economists argue that the income-led policy cannot back growth and only hardens the lives of the socially weak despite its good intention in the beginning. The policies only helped protect existing jobs and could not create new ones.

The policy also has little support from liberal economists. In 2018, Lee Jung-woo, an emeritus professor of economics at Kyungpook National University and a former policy chief for President Roh Moo-hyun, hit the nail on the head. He compared the income-led growth to an attempt to drive economic growth (the horse) with increased wages (the cart). If you put the cart before the horse, it can get nowhere, he argued, since they are arranged in the opposite position.

In a forum hosted by the Seoul Institute of Society and Economy that mostly seated progressive economists as panelists last week, most of the mentions on income-led growth policy were “critical.” Many were followers of progressive economist Byun Hyung-yoon, an honorary professor at Seoul National University. These were common themes from presenters Prof. Ryu Deok-hyun of Chung-Ang University and Prof. Woo Seok-jin of Myongji University.

Their first common argument was that the liberal Moon Jae-in administration must not disregard the market mechanism and should refrain from interfering with factors influencing prices as much as possible. That does not mean the government must reduce its role, but instead strictly limit where it intervenes.

“Because the government thought it could regulate the real estate market through precise measures, its policy has failed and cost confidence in public policy,” said Prof. Woo. “The real estate market is multifaceted as the market players often are both renters or proprietors and can be a real home-seeker, investor or speculator. But the government’s approach had been overly one-dimensional.”

Second, the government must not confuse policy means and goal. The goal should be improving living standards of the people, not short-term economic growth. Because a government under a single five-year president was overly engrossed with a growth policy, it trotted out too many immediate pork-barrel projects through exemption of the required feasibility studies.

The income-led growth measures like the minimum wage, conversion of irregular jobs to regular jobs, and a cut in work hours can be policy goals, not the means. It would be ideal if a well-devised economic policy can help raise income, remove the discrimination against irregular workers and shorten work hours. But they should not be forced onto the market players.

Third, the middle class and future generations should be the primary target for economic policy. Prof. Ryu claimed that the welfare policy focused on the low-income class should be redesigned to increase more benefits for childcare and housing for the middle class. The middle class must be encouraged to contribute more to the economy through increased potential and affordability, and education should be reformed to groom the future generations. The economic system must become fairer, and social mobility increased while containing rent-seeking.

Except for the progressive condoning rent-seeking by unions, the arguments do not differ greatly with the conservatives. Their call for minimum tax so that all people pay dues and increase in social welfare instead of providing basic income also would draw support from the conservative front.

A panelist said the two economists were being “neoliberal” with their proposals. Whether the claims come from neoliberalism or neo-socialism, they should be welcomed and heard if they can work well in the economy, improve living standards and ease inequalities.

CLOi going to the race track, as LG Electronics tests bot at site