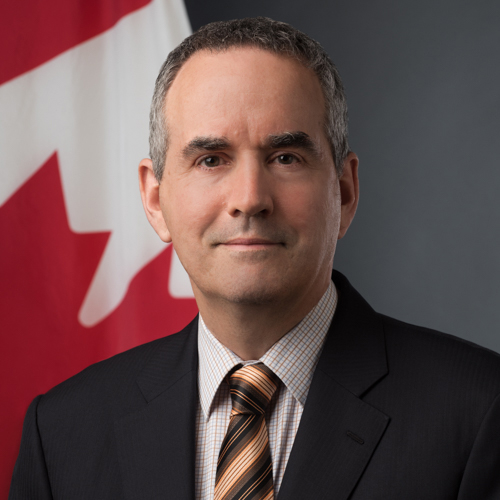 Michael Danagher
The author is Canadian ambassador in Korea.


In 2019, I spoke at an event organized on the occasion of “Together Day,” an annual observance promoting awareness of the growing role of different communities in Korea. I spoke about the Canadian community here, estimated at 30,000. As individuals, they contribute in many ways to the betterment of their country of residence.

I wish to mark “Together Day,” which falls on May 20 this year, by further sharing some experiences from my own country. Canada has achieved a reputation in welcoming communities originating from every part of the world.

Such claims should be made with humility. Canada is not Korea, and our histories remain distinct. Each country will approach policies of migration and inclusion from very different starting points. Canada’s reflect multiculturalism, rooted from a history founded on indigenous people, on arrivals predominantly from Europe for several centuries, and then, more recently, on a more global immigration approach.

Canada’s history provides far from a perfect example of inclusion or respect for diversity during much of its course. Indigenous people, communities of color, or of others with a background which differed from the majority of Canadians can legitimately point to experiences which demonstrate a very mixed record. For one, Canada only opened immigration policies to welcome all communities in the 1960s, hardly a date in the remote past.

Since then, however, the sources of Canada’s immigration have changed profoundly, with an impact on demography. The percentage of Canadians who identify as “visible minority”, defined as “persons, other than aboriginal peoples, who are non-Caucasian in race or non-white in color,” has risen from less than 10% in 1991 to over 22% in 2016. According to Statistics Canada, as many as 36% of the Canadian population could identify as belonging to a visible minority in 2036. Strong institutions, particularly public education and health, have been crucial for integration.

Few countries have experienced similar rates of growth in their own diversity, and have had such a historical reliance on immigration for growth as has Canada. As the world’s second largest country by area, our country can be easily assumed to have the resources to welcome migrants in relatively large numbers. Canada’s free, open and prosperous society provides opportunity for immigrants to find success. But it is not automatic, and gaps in achievement remain, despite attention by policy makers.

Global migration is increasingly dynamic, and is further impacted and impactful in a world in which technology has abbreviated communication, where rapidly changing economic structures highlight skills gaps, where demographic trends wildly diverge from one region to another, and where skill acquisition is increasingly accessible. Competitive economies will increasingly depend on attracting global talent, which will be more and more available.

This search for talent will also become competitive, and this challenge has not escaped the attention of Korea’s government and business leaders. I am currently in my third diplomatic assignment to Seoul. Korea’s economy has changed since the 1990s, when annual growth rates were higher and when the country was still benefitting from its own demographic dividend and changes to labour participation. Korea’s population has aged since, and its low birth rates are well documented.

This latter phenomenon is not unique to Korea. Birth rates in Canada are not much higher, but there is a more pronounced impact on demography in Korea than in other OECD countries, due to relatively lower levels of permanent immigration. In Canada, as an issue, the reality of immigration as a contributor to social and economic growth is widely understood.

A response to my comparison might be that the two countries are too different and cannot expect to address immigration with the same objectives or approaches. I can only note in reply that the non-native population in Korea has grown since my first assignment to Seoul in the 1990s, when it would have represented a mere 2% of the total population. It is now closer to 5%, and I understand that this might grow to 8% by 2025, even under current immigration approaches. Immigration to Korea, and diversity, has become a reality and a fact.

Yes, how to address these issues is a policy debate for Koreans. However, Canada is open to sharing the experience of our country, one which has spent much of its modern history as a destination for immigration. According to the OECD (in 2019), Canada has the most carefully designed and longest-standing skilled migration system among member countries, and is widely perceived as a benchmark. For its part, Canada has also borrowed innovative approaches from other countries.

As important as good policy approaches are, a more qualitative message needs also to be one of welcome, starting right from the arrival hall of Korea’s airports. Recent measures for mandatory Covid tests for working foreigners were considered by many here and elsewhere to have been discriminatory. This, and other similar actions in recent years, can leave a sour taste in the mouth of the foreign community.

Korea has much to offer those who come from other countries, and has much to gain from them in turn. Just as Korea, rising from the ashes of war, became a donor of official development assistance, so too can it become a destination of choice, rather than a point of departure, for international migration. It is important for social cohesion to see such a change as being to the benefit Korea’s economy and the resiliency of its society.