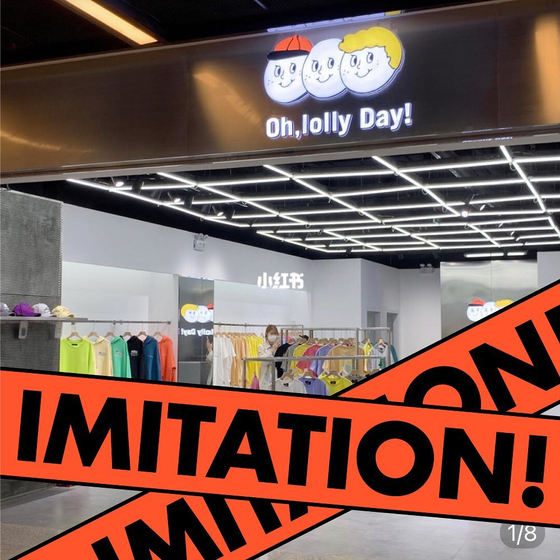 
Korean trademarks are getting copied at a faster pace than ever in other Asian markets, with an increasing number of thefts being reported in Southeast Asia, and companies are being advised to get their names registered in these jurisdictions and know the law.

Most of the affected businesses are in fashion, cosmetics or food , including Nepa, Monochrome, Nature Republic, Paris Baguette, Pulmuone and Hosigi Chicken. The brands became popular in China through Korean dramas and movies. 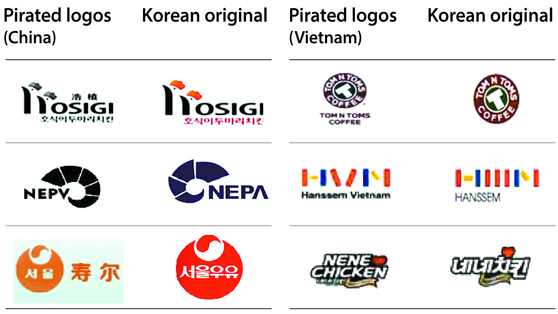 Amid the growing popularity of Korean products abroad, some people in China go on massive trademark registration sprees of Korean names. Trademark brokers register Korean brands in China's trademark offices, and when the company decides to enter the Chinese market, they demand money, claiming to own exclusive rights. The most notorious one is Jin Guangchun, a Chinese national of Korean descent who owns nine companies specializing in trading Korean company trademarks.

“A Chinese trademark broker contacted us first, saying they registered our logo and wanted to negotiate prices,” said a spokesperson for Hosigi Chicken, a well-known fried chicken brand in Korea. “We’ve contacted other companies with the same problem and are planning to jointly take legal action.”

With big name companies striking back with trademark litigations, smaller indie brands that don’t have enough money or personnel to put up a fight are being targeted.

Stationary brand Oh, Lolly Day! is a recent example. The company uploaded a YouTube video on May 11, claiming that a store imitating their logo and products opened in China.

“The store’s logo and all of its products are copies of our trademarked brand, characters and slogans,” said Park Shin-hu, CEO of Oh, Lolly Day!. “There are over 30 of our products fraudulently registered at China’s trademark office, and when fans of our brand ask clarification, the Chinese store said they were the ones that made Oh, Lolly Day! and even lied that the we were the copycat.”

The imitation store in China uses the same logo of Oh, Lolly Day! but simply changes the capital letters O, L and D to lower case. Products such as stickers, phone cases and t-shirts are almost identical to the Korean version, but with small changes in color.

Small and mid-sized companies and start-ups tend to give up on filing international lawsuits due to astronomical costs and time needed.

“Neglecting such problems could make Korean brands lose their value or cause a decrease in sales,” said rep. Yoon Young-suk. “More companies are being affected, and its necessary that we request preventative measures and damage relief to the Chinese government.”

China is the most prominent pirate, but Southeast Asian countries also have a presence. A total of 227 Korean companies reported trademark piracy in Vietnam last year, an increase from 204 in 2019. Brands such as Hanssem, Tom N Toms and Nene Chicken were some of the affected. Thailand was also another, with 664 companies reporting their trademarks being stolen in 2020, when the data were first collected.

Hanssem, a furniture maker, registered its trademark in 16 Asian countries after trademark infringement cases in Vietnam and Indonesia.

“Korean brands are more likely to suffer from trademark piracy because Southeast Asians are very fond of Korean brands and demand for Korean products is increasing,” said Ryu Sung-won, a patent attorney at Jeeshim IP Law Office. “China is tightening its trademark regulations and an increasing number of affected companies are winning lawsuits, but Korean companies may struggle in Southeast Asia, as they don’t have many legal regulations or sufficient precedent.”

KIPO emphasizes that local companies need to check if their intellectual properties are registered in countries such as China and in Southeast Asia even if they don’t have plans to go global. If a brand catches that its logos or designs have been fraudulently trademarked in China within six months of the application date, the original owner can claim priority. If one’s trademark is stolen, companies can request help from KIPO and Korea Intellectual Property Protection Agency.

“Some trademarks tend to be fraudulently registered after advertised at international trade shows and exhibitions,” said Seo Chang-dae, manager of KIPO’s Intellectual Property Protection Support Division. “If companies have plans to enter foreign markets, they need to register their trademark both in Korea and target countries.”