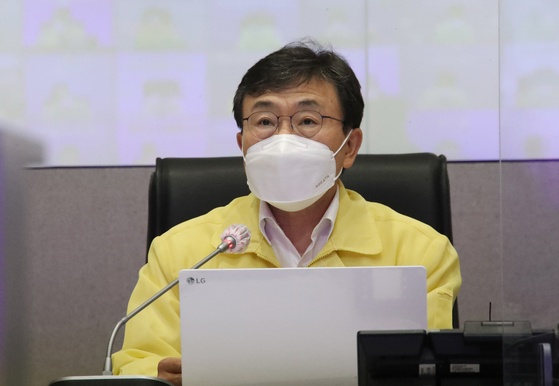 “Minister Kwon will leave for the United States on Friday,” Sohn Young-rae, spokesman of the Ministry of Health and Welfare, said during a daily briefing on the country’s response to the pandemic. “He will have meetings with U.S. government officials and company representatives to discuss Covid-19 vaccine issues.”

Sohn, however, did not elaborate on whom Kwon will meet or what kinds of cooperative measures will be discussed.

Kwon’s trip was announced shortly after President Moon Jae-in’s arrival in Washington to have a face-to-face summit with U.S. President Joe Biden. The presidential summit is scheduled for Friday at the White House, and bilateral cooperation on the vaccine supply is one of the key agendas of the meeting.

Moderna and Pfizer are producers of mRNA vaccines, and speculation is high that Moderna will manufacture its products in Korea, possibly in cooperation with Samsung Biologics.

SK Bioscience produces AstraZeneca vaccines in Korea, although these are viral vector vaccines, not mRNA. The company will also begin manufacturing Novavax viral vector Covid-19 vaccines as early as June.

Meanwhile, Kwon urged the elderly population on Thursday to get their vaccine shots, expressing concerns that recently less people have been signing up to get inoculated. 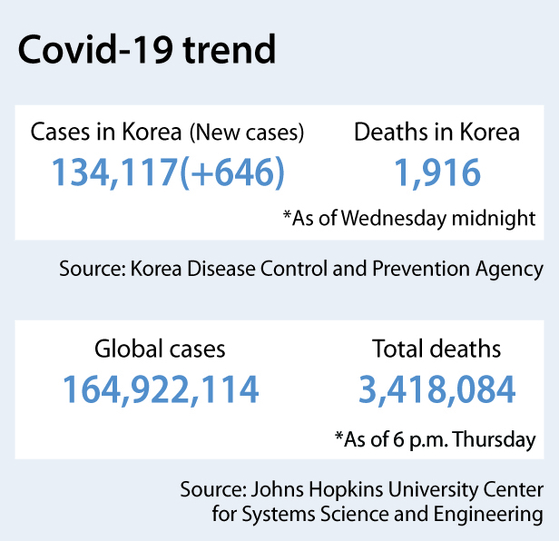 “As of today, 50.1 percent of people aged 60 to 74 signed up for vaccines,” Kwon said during the government's daily Covid-19 response meeting. “The total reservation ratio [for the group] was 42.9 percent on Monday, 47.2 percent on Tuesday and 49.5 percent on Wednesday. The rate it is increasing is slowing down.”

According to the Korea Disease Control and Prevention Agency, a total of 3,760,940 people, or 7.3 percent of Korea’s population, have received their first shots as of Wednesday midnight, while 1,273,210 people, or 2.5 percent of the population, received both doses.

When China rules the world (KOR)

IPEF members will get first look from American companies for investment: Raimondo