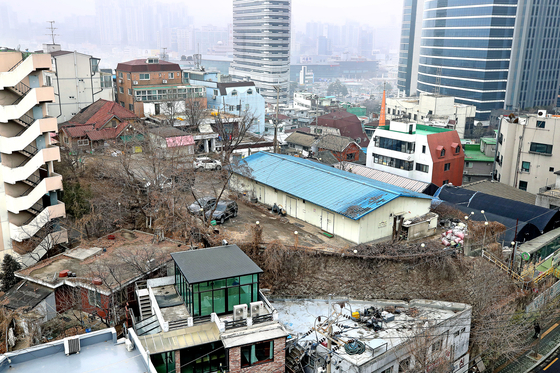 
The world renowned art museum Tate Modern is located in Bankside, on the southern bank of the river Thames in London. The museum opened in May 2000 in a renovated power plant building. It was a poor and underdeveloped neighborhood, but after the museum opened, it became a major attraction. Works by famous artists such as Andy Warhol and Paik Nam-june are on display, attracting many visitors. It is considered a successful case of urban renewal, preserving the historic significance while also vitalizing the area.

The success of the Tate Modern cannot be explained by the preservation of the old building alone. What made it special was combining new facilities with the structure. A footbridge and the Millennium Bridge over the Thames in front of the museum enhanced access to the site. Visitors to London can cross the bridge and tour both St. Paul’s Cathedral on the northern side and the Tate Modern. An 11-story modern structure was added to the museum in 2016.

In the 2000s, the need for urban renewal began to be raised in Korea. The special act for urban renewal was legislated in 2013, providing legal grounds. A downtown renewal project to invest 50 trillion won in 500 underdeveloped areas nationwide has been underway since 2017. In Seoul, late mayor Park Won-soon chose urban renewal as an alternative to redevelopment, and 52 areas were selected as urban renewal revitalization zones.

But locals are skeptical. Old houses in the so-called “moon villages” are left as they are, and only the alleys are improved with the installation of streetlights and new paints jobs. Changshin-dong in central Seoul was selected as the first urban renewal pilot site, but residents mention safety and survival. Kang Dae-sun, head of the committee pushing for public redevelopment, claimed that there are many old houses in the area, and there have been five or six fires since last year. He is concerned that firetrucks are not able to enter.

The city of Seoul released an organizational restructuring plan that reduces the urban renewal division. Mayor Oh Se-hoon said that he wants to combine redevelopment and rebuilding projects with renewal projects. You don’t have to choose between completely tearing down to rebuild and keeping the old ones. The balance of preserving history while seeking newness can revive a dead city, just as Tate Modern did.

Redevelop it and they will come