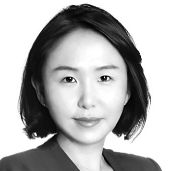 Kang Rah-hyun
The author is a professor at Kyongbuk Science College.


Under Article 24 in the fourth chapter of the Bioethics and Safety Act, a mother-hopeful through in vitro fertilization (IVF) and the sperm donor must have written approval from the spouse of the mother-hopeful, if she has a spouse. The medical professional administrating the assisted reproduction could face maximum three years in prison if they break the rule. As a result, it is practically impossible for an unmarried woman to get sperm donation in Korea.

Then in 2020, Fujita Sayuri, an unmarried Japanese entertainer active on Korean TV, raised controversy by publicly sharing the news that she had given birth to a son through sperm donation. Her child care experience is being aired through the popular weekly family reality show “Return of Superman” on KBS2 TV. She confesses she is being misunderstood as if she publicly spoke up for single mothers.

Her independent decision-making in giving birth and child rearing has planted a serious question in the long-standing traditional family ideology in Korea. The government did not find any illegality in her choice. But the religious and conservative political community issued a statement opposing any births by the unmarried. The Korean Society of Obstetrics and Gynecology also opposed it by maintaining that a pregnancy requires approval from the legal husband based on the Bioethics Law and Mother and Child Health Act.

In a sharp contrast with Korea, European countries like France, Germany and Italy accept unmarried parenthood as a form of family and provide legal housing and social benefits under the names of civil partnership, life partnership or civil solidarity pacts. According to a study by sociologists like Angela Valenzuela, familism is conceptualized by multi-dimensional construct composed by attitudinal, structural components.

Korean society has come to accept greater diversity in family form, compared with the past, but is still prejudiced against single parenthood. Marriage, child birth and rearing to build a family had been a traditional path in adulthood. Other forms of family was regarded abnormal. But family should not be categorized normal and abnormal.

The Ministry of Gender Equality and Family last month finalized the fourth outline for family form for 2021 to 2025. A new Healthy Family Act will be pursued with new bills on equality law and birth registration. The new laws could strengthen women’s rights in pregnancy, birth, abortion and child rearing and set the stage for respect for broader and diverse family forms. Individual decision in giving birth is a woman’s basic right that must be respected. Forcing women to follow values of the past is just another form of discrimination.

The society must seriously reflect on the traditional familism. It must shake out of the “normal family” ideology to uphold the institutions of legal marriage and parenthood. Changes should be accepted through open-mindedness. Survey and data on attitudes towards marriage and diverse family types call for the need to engage diversity as part of the normalcy. We must stop framing family in preset script and accept changes in the concept and definition in family. We must receive family in the gender perspective to strengthen warmth and care for the wellbeing of the society.

The tragedy of family suicide (KOR)