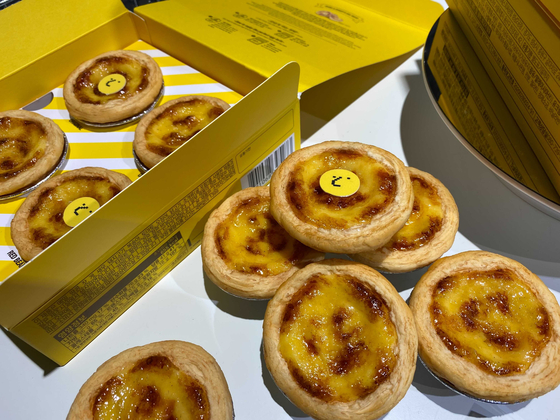 
Companies are creating characters based on their executives in order to drum up business.

HYBE, the entertainment company that developed BTS, recently started selling egg tarts decorated with the image of company CEO Bang Si-hyuk, while Shinsegae Group in September introduced a gorilla character that is said by some to resemble Vice Chairman Chung Yong-jin.

HYBE started selling egg tarts at the opening of HYBE Insight, a cultural complex and museum at company’s Yongsan headquarters in central Seoul on May 14.

The egg tart looks similar to an average egg tart commonly seen at bakeries. But on top lies a yellow piece of paper featuring Bang’s face based on a simple drawing by BTS member Jungkook.

HYBE registered the character as a trademark in November. 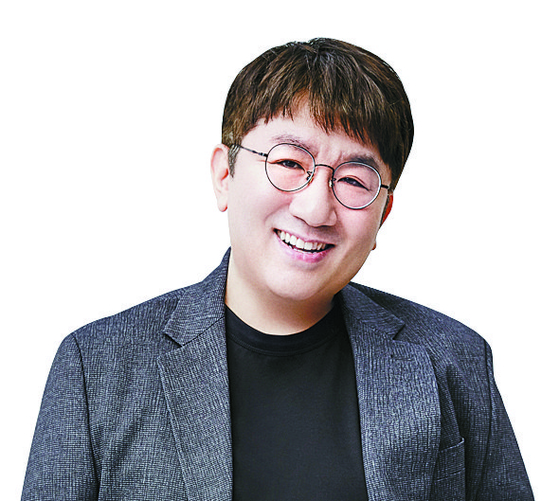 The egg tarts have received attention online, with people sharing their experiences of buying the dessert.

A commenter online warned others on Monday “to go quickly if you want to buy the egg tarts because they can be sold out early.” The commenter said she went there at around 3 p.m. Another person shared a similar experience on Sunday and asked the company “to raise the quantity of egg tarts sold,” adding that the reason she would go to HYBE Insight again would be “for egg tarts.” 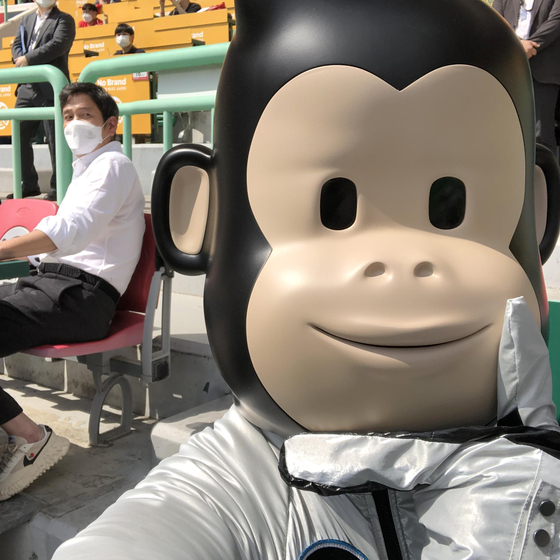 JRilla started gaining attention last month when a person dressed up like the character appeared at Incheon SSG Landers Field for a baseball game.

The SSG Landers, formerly the SK Wyverns, is a professional baseball team owned by Emart.

One commenter wrote, “You shouldn’t be angry with your twin brother.”

“Through character marketing, a company lets consumers experience, have fun and share that personal experience to make them feel like they’re actually communicating with the company,” said Prof. Park Ki-soo, who teaches digital culture and content at Hanyang University. "The company can build a fandom through that process."

Kakao’s Ryan is seen as a successful example of a character used for marketing. The charter was introduced in 2016. The company used Ryan, a maneless lion, to promote its business.