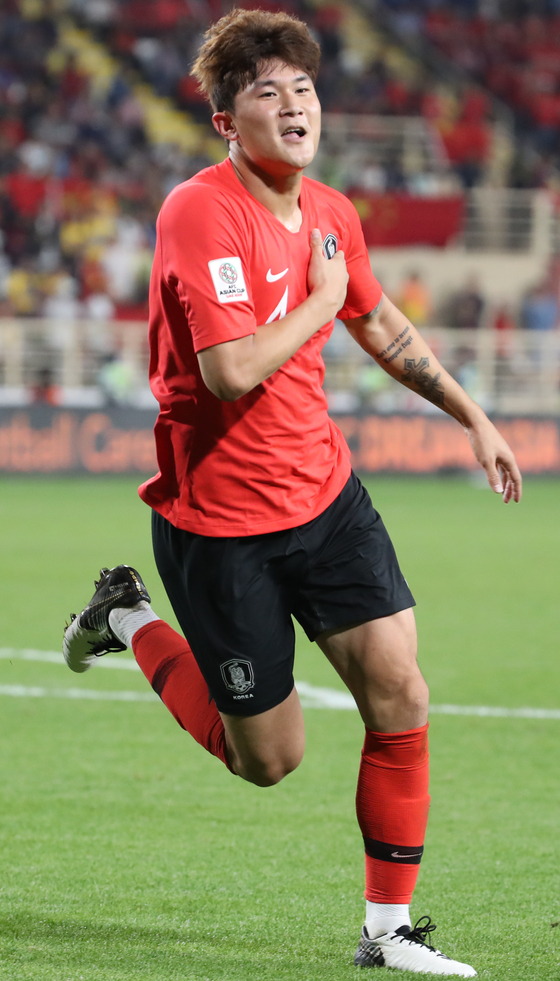 According to a report from Portuguese news network SIC Notícias, Juventus and Kim have reached an agreement on a contract that will commit him to the club until June 2025. As of press time, the deal has been widely reported in Italy but has not been confirmed by either the club or Kim's agency.

Kim is currently under contract with the Chinese side until the end of this year, raising questions over exactly what sort of deal he could have reached with Juventus.

According to the SIC Notícias report, there are two options on the table: Juventus reaches a deal with Beijing for Kim's immediate transfer and then loans him out to Serie A side Sassuolo until January 2022, or Kim signs a contract with Juventus now that begins in January 2022, allowing him to complete his existing contract first.

Either of those options would see Kim playing for the winningest team in Italian football by January next year.

Although still unconfirmed, Juventus's interest in Kim isn't a surprise. The Korean defender has been linked to a number of clubs, with multiple Premier League teams attempting to sign him over the years.

Kim started his professional career with Gyeongju Korea Hydro & Nuclear Power FC in Korea's third-tier K3 league in 2016, quickly moving up to Jeonbuk Hyundai Motors FC in the K League in 2017. With Jeonbuk, Kim won the K League title in 2017 and 2018 and was named the K League's Young Player of the Year.

Kim joined Beijing in January 2019 and immediately earned a spot in the starting lineup. With Kim on the squad, Beijing finished as runner-up in the Chinese Super League in 2019, the club's best result since 2014.

Spurs are said to have attempted to buy Kim from Beijing last year in a deal valued at around 15 million euros ($18 million), and both Chelsea and Liverpool have also shown interest in signing him.

Kim has 30 caps for the senior Korean men’s team and appeared for the U-23 team eight times, including at the 2018 Asian Games.

Kim’s international performance has gained him a lot of attention, earning him the nickname The Monster for his ferocious defense during the 2017 Asian qualifier for the 2018 Russia World Cup.

The 24-year-old was part of the U-23 team that won gold at the 2018 Asian Games, earning a military exemption that allows him to continue his professional career without interruption.

If Kim does make the move to Juventus and appears in at least one game for the club, he will join the very short list of Korean players to appear in the top-flight Italian league.

Ahn Jung-hwan briefly played for Perugia, then a Serie A side, in the early 2000s, an experience that ended unpleasantly when owner Luciano Gaucci pretended to fire the Korean player after he scored the goal that knocked Italy out of the 2002 World Cup — a move that turned out to be nothing more than a nationalist publicity stunt as Ahn’s contract had already ended.

The only other South Korean to reach the league is Lee Seung-woo, who made 37 appearances for Verona between 2017 and 2019.

Juventus last year promoted North Korean Han Kwang-song to their first team, making him the first Asian player ever to be called up for the Italian side. He never actually played and has since been sold to Qatari side Al-Duhail.

[VIDEO] Brazilian players dancing at the hotel after beating Korea

[VIDEO] Ronaldo shows his skills in training before Switzerland

[VIDEO] Rodri: “We are not afraid to fail”

The monster of Naples