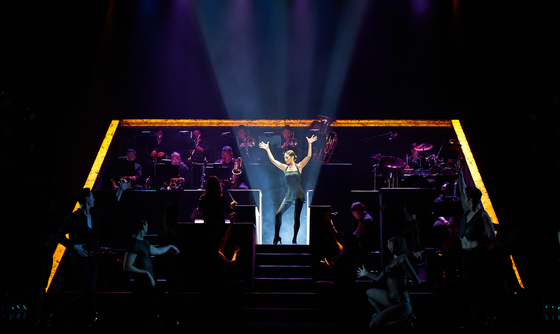 This year’s Korean production of musical “Chicago” sold out for 71 consecutive shows since it opened in April. [NEWS1]


Even during the Covid-19 pandemic, the performing arts industry is recently seeing a sell-out streak.

The success is not confined to particular genres either. Tickets for musicals, concerts, music festivals, ballet and changgeuk (Korean traditional opera) are all in demand.

Of course, the venues are not as full as before the pandemic. Performance venues in Korea are adhering to the one-seat-apart rule, with up to four people allowed to sit side by side as a group since rules were eased in February. Hence 50 to 70 percent of seats are available at venues. Even taking this into account, shows of various genres being continuously sold out is unprecedented.

“Shows sold out before Covid-19 too, but I’ve never seen them sell out one after the other like this,” said a production company insider. “At this rate, even if all the audience seats were available, they probably would sell out.”

Ticket sales have fluctuated during the prolonged pandemic. Most shows were canceled when the pandemic broke out in early 2020, and even after the one-seat-apart guideline, people were reluctant to return to venues. According to the Korea Performing Arts Box Office Information System (Kopis), the number of performances in 2020 shrank by 40 percent compared to the previous year, and 2020’s ticket sales were only 25 percent of 2019's.

When coronavirus cases surged last winter, a two-seats-apart rule was mandated. Production companies ended up canceling most of their shows as the revenue from ticket sales was not enough to cover production cost.

After much pleading from the performing arts industry, restrictions were eased from the two-seats-apart to one-seat-apart rule in February and performances resumed. People started flocking back, and the momentum has continued ever since.

Musical “Chicago” at the D-Cube Arts Center opened on April 2 and the 71 following shows all sold out. It will run until July 18 and the remaining shows boast reservation rates above 50 percent.

Musical “Marie Antoinette," which opens at the Charlotte Theater on July 13, began its ticket sales on May 27 for the first 11 of its 17 shows. All 11 sold out within a day, with two of them selling out in a mere 30 seconds. 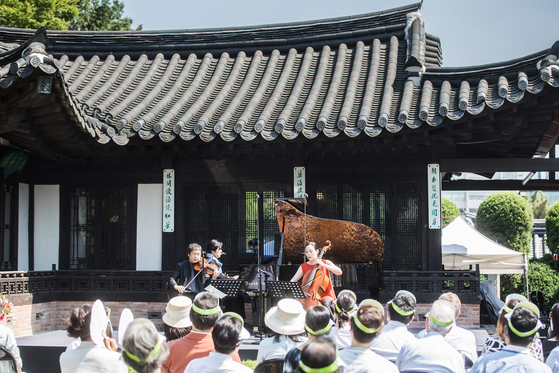 A performance during the Seoul Spring Festival of Chamber Music (SSF) on May 22 at former President Yun Bo-seon's old residence in central Seoul. [SSF]


The phenomenon is not limited to musicals. The Seoul Spring Festival of Chamber Music (SSF), which took place from May 13 to 23 had a total of 12 performances, all of which sold out a month before the SSF even started.

“The last and only time every show sold out before the festival started was in 2006,” said Lee Dong-eun, PR manager of the SSF.

The National Changgeuk Company of Korea’s changgeuk “Sugung-ga,” which will run from June 2 to 6 at the National Theater of Korea, as well as all five shows of the Universal Ballet’s “Don Quixote” (June 4-6) at the Seoul Arts Center Opera Theater, have sold out.

“‘Don Quixote’ is our ballet company’s first performance on stage in 11 months. I think people have been thirsty for shows,” said Kim Sei-young, director of performances at the Universal Ballet. “Usually, weekend tickets used to sell out first because people came to watch in their spare time. But this time, the opening night sold out first although it falls on a Friday. It suggests that people want to see it as soon as possible.” 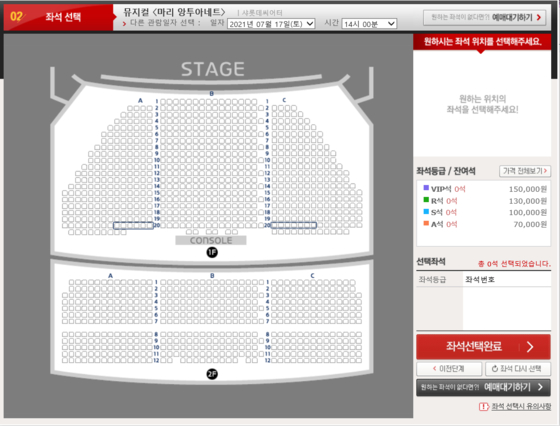 Musical “Marie Antoinette” opens on July 13, but the first 11 of its total 17 runs have all sold out in a day. [SCREEN CAPTURE]


The term “revenge spending” refers to when people cannot spend their disposable income on travel or other activities that have been restricted due to the pandemic, so they spend it on other things. The recent sell-out phenomenon may be dubbed “revenge viewing.”

“This means that people who didn’t watch musicals before have started coming,” said PR Director Noh Min-jee of Clip Service, the company in charge of the musical’s ticket reservations. “My interpretation is that people are spending the money they used to spend on travel and eating out on performances now.”

The scarcity mentality that only a limited number of seats are available, and the fact that there has been no cases of Covid-19 being spread at performance venues also help.

“Ever since sitting apart became the norm, people tend to book in advance,” said Cha Kyung-yeon, PR manager of “Sugung-ga.”

“There have been cases when a Covid-19 patient visited a performance, but no case of contagion from them,” said Choi Seung-hee, PR manager of Seensee Company which produces “Chicago.” “That made people feel more comfortable about visiting.”

With newfound confidence, the performing arts industry is expecting a busy second half of the year. Musical “Beetlejuice” will be put on stage at the Sejong Center for the Performing Arts from June 18 to Aug. 8, for the first time in Korea. Musical “Hadestown” will open in August at the LG Arts Center. Music festival “Music in PyeongChang (MPyC)” in Pyeongchang, Gangwon will join in on the fun from July 28 to Aug. 7.