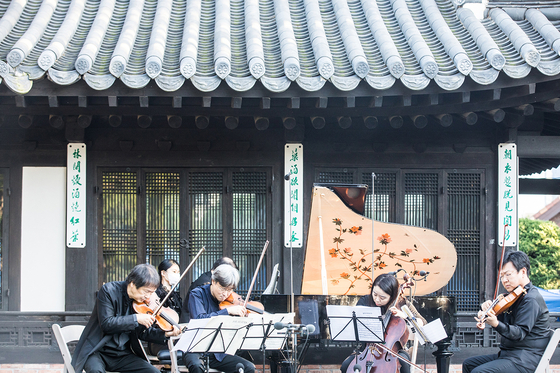 
Better late than never is the motto of the organizers of the annual Seoul Spring Festival of Chamber Music (SSF).

Five months after the 250th anniversary of Beethoven’s birthday, which fell on December 17, the SSF said it will still make sure the legendary composer’s music resonates in Seoul during this year’s festival which kicks off Thursday.

Last year’s original theme was “Ode to Joy” to celebrate the German composer’s birthday but the organizers abruptly changed the theme to “15th Anniversary Retrospective” and scaled down the festival amid the coronavirus pandemic. Although the virus is still lingering, the organizers decided to showcase the program they’ve been saving up as “the situation is being well handled by the government and the public.”

From May 13 to 23, 11 performances will be staged at various venues in Seoul including the Sejong Center for the Performing Arts and the late President Yun Bo-seon’s hanok (traditional Korean-style house) residence in central Seoul, as well as the Seoul Arts Center in southern Seoul.

Kang Dong-suk, who has been the artistic director of the festival since its advent in 2006, recently met with local reporters via Zoom and introduced the upcoming festival as a “special opportunity to enjoy Beethoven’s rare pieces.” Kang resides in Paris.

“In the past editions, we’ve played all of Beethoven’s string quartets and his complete piano sonatas,” Kang said. “But this year, audience members will be able to enjoy his pieces that we’ve never performed before and that are also rarely performed by other chamber music groups as well.” 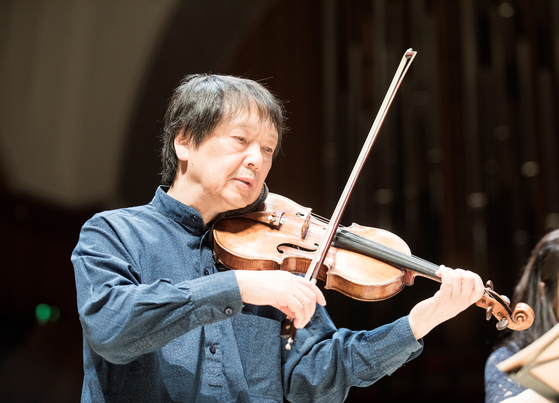 Violinist Kang Dong-suk, who is also the artistic director of the Seoul Spring Festival of Chamber Music since its advent in 2006. [SSF]


For this, up to 52 performers will gather together to take part in various programs. To kick start the festival on May 13, pianist Kim Kyu-yeon, violinist Cho Jin-joo and cellist Kang Seung-min will hold a concert titled “Beethoven’s Contemporaries” at the Sejong Center for the Performing Arts.

Violinist Cho said her ultimate goal is to be a great chamber musician, explaining she was able to deeply fall in love with classical music by playing chamber music.

“It’s the jazz version of classical music if you know what I mean,” she said. “You have to be ‘one’ with the other artists on stage. You have to listen to them, constantly communicate with them and harmonize. I love that about music and I hope people can find the beauty of chamber music through the festival.”

On most days, there is a good mix of other composers’ pieces along with Beethoven's but if you are a Beethoven enthusiast, it’s best to attend the concert on May 19 when most of the programs are centered around his work.

The concert titled “Immortal Beloved and Admirers” at the Seoul Arts Center will begin with Beethoven’s “Piano Trio in B-flat Major WoO. 39,” followed by “’Fur Elise’ Bagatelle No. 25 in a minor WoO. 59.” “’An die ferne Geliebte’ for Voice and Piano” will also be performed by bass Christopher Temporelli and pianist Mun Ji-yeong. It also includes Beethoven’s “Piano Sonata No. 14 ‘Moonlight’ in C-sharp minor Op. 27 No. 2, 1st mov,” performed by pianist Lim Hyo-sun.

The signature concert of the annual SSF is the outdoor concert at the late President Yun Bo-seon’s hanok. The tickets are the most expensive, costing 150,000 won ($133), but sell out the fastest. This year, it will be held on May 16 and 17.

For the closing concert titled “Mad for ‘Gallic’ on May 23 at the Seoul Arts Center, the ShinPark duo will start with Debussy’s “Petite Suite L 65,” which is a piano piece for four hands. Pianist Lim Hyo-sun and artistic director Kang, who is also a violinist, as well as three other musicians will come on stage to play Saint-saëns’ “Piano Quintet in a minor Op. 14.”

Songkran Music Festival is coming to Korea on July 9, 10