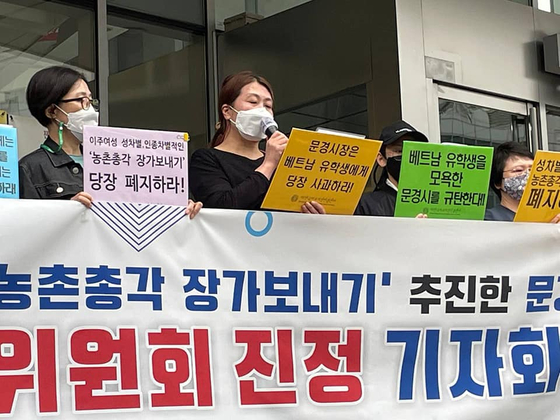 She spoke to the JoongAng Ilbo on the condition of anonymity. She and a couple other Vietnamese students in Korea submitted a petition along with civic groups to the National Human Rights Commission of Korea last month, to protest Mungyeong city government’s matchmaking program for Korean men of rural areas with Vietnamese students studying in Korea. Mungyeong is a city located in North Gyeongsang.

“Due to the continued state of the aging population and the population decline in rural areas, especially of young people and women, we are hoping to create natural meetings between middle-aged and single Korean men in rural areas and young students from Vietnam, with hopes that some of these men can be married [to the students],” reads the the city government’s request for cooperation to Shamusin, a legal consultant office, in April, according to a copy of the request released by Women Migrants Human Rights Center of Korea. 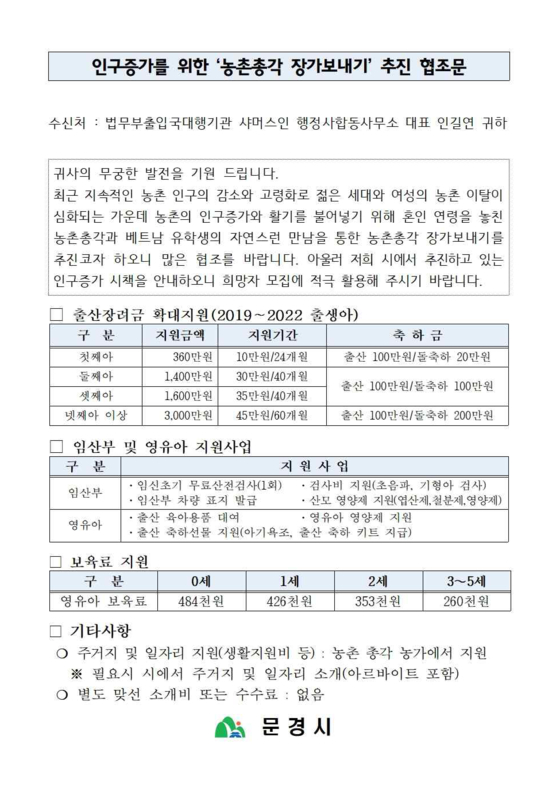 
The center said it found the city government’s request in a social media platform in April.

“It was unbelievable,” the center said in its statement, which was read out loud at a rally in front of the National Human Rights Commission of Korea in central Seoul on May 28. “We found the city government’s program discriminatory towards the ethnicity and gender of migrant women in Korea and hereby petition the commission to look into the matter.”

According to the Vietnamese student that the JoongAng Ilbo spoke to, such racial discrimination is something they face quite frequently in Korea.

“I’ve been asked before [from friends or middle-aged Koreans] about whether I came to Korea to find a husband,” she said. “It’s not every day we hear something like that, but when we do, it makes some of us students studying in Korea feel very sad. We came to study. We came to realize our dreams.”

She comes from a small town in the central area of Vietnam. As an only child in her family, she had been at the top of her class since she was young. Her interest in Korean culture, traditions and music brought her to Korea. She is currently studying international relations at a national university in Korea. 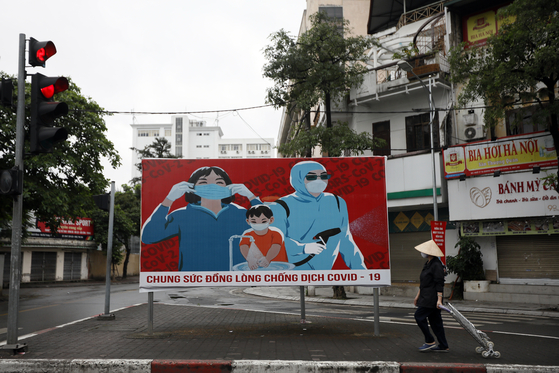 A woman walks past a sign about the Covid-19 pandemic in Hanoi, Vietnam, on April 23, 2020. Communist propaganda, which was most visible during the Vietnam War, has been revived in recent weeks as artists contribute to the national effort to fight the coronavirus. [EPA/LUONG THAI LINH/YONHAP]


“I studied hard to be accepted to the university, and while my parents were sad to see their only daughter leave them, they were also very proud that I was accepted to a university in a country known for its high quality of education,” she said.

Fluent in English, she teaches after school to make sure she can cover her expenses in Korea. She hopes to pursue a masters’ program in Europe following her graduation in Korea, and work for foreign relations between Vietnam and Korea after that.

“I am aware that some migrant women get married in Korea through matchmaking agencies, and I am aware of cases of domestic violence in some of these families,” she said. “I cannot speak for all Vietnamese people, but many are angry about these cases. 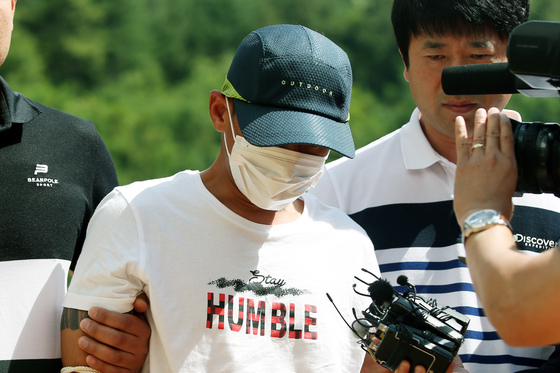 A Korean man, 36 at the time, is entering a court in Mokpo, South Jeolla, on July 8, 2019, to be trialed for an arrest warrant following his alleged beating of his Vietnamese wife. He allegedly beat his wife, who was 30 at the time, for three hours in front of their son, a 3-year-old. [YONHAP]


“I hope that the government will apologize for what they did, and I hope they educate the people more [to be more culturally aware],” she added. “We’re often treated as second-class citizens in Korea. There is still a lot of discrimination that foreigners face here.”

A total of 153,695 international students are studying in Korea's universities as of 2020, according to the Ministry of Education. Of them, 38,337 are from Vietnam — the second-highest group after the number of Chinese students, with 67,030.

Departing Mexican ambassador had an eye for Korea

[Lifehacks] Getting around Korea with a few taps on your screen