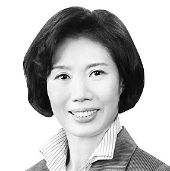 
Henry Ford is known as the king of the automobile for his role in paving the way for the mass commercialization of cars through his innovative mass-production system. His idea of assigning workers along conveyor belts to assemble parts to produce a finished car has become known as “Fordism.”

But the technique of standardization of low-cost goods to allow mass production fell short of meeting diverse consumer needs from the 1980s. Massive assembly lines are expensive and are difficult to change to make products other than original design. Automobiles have now become computerized machines on wheels. Fordism that had defined industrial manufacturing methods and socioeconomic structure for a century has undergone sweeping changes.

Technology has fast evolved to bring about changes across society. Yet universities responsible for higher education have failed to keep up with the changes of the times. They still keep to the traditional structure and operation for knowledge exploration. In Korea, there are 193 four-year degree universities offering mostly the same courses. University has become the norm, with seven out of 10 high school graduates attending one.

Universities in Europe and the United States, which have longer histories in higher education, are designed with different purpose, for liberal education and research for a certain professions, allowing students to choose universities for their needs. But Korean universities not only have no difference but also research-focused institutions are more for the undergraduates than graduate students to prepare for jobs. The ratio of finishing a degree by Koreans ranks top among the OECD member countries, and yet the employment rate of college graduates remains at the bottom.

Digitalization across industry demands different job features and capabilities, but universities have been slow to respond to the changes due to structural limitations and financial difficulties. It is not easy to set up a new major for every new industry and recruit professors for the department. Adjustment in the teaching staff is as difficult as changing the design of a conveyor belt. But competitiveness of universities will further weaken if they are run on the current uniform method. Rigid degree management based on the outdated Fordism needs to change.

The “Disruptive Innovation” concept developed by Harvard Business School Prof. Clayton Christensen can also be applied onto our university management. The Minerva Schools created in 2012 through the similar funding for start-ups is a classic example of disruptive innovation model. The schools have no physical campus and offer courses entirely online. Yet, getting into the schools are tougher than Harvard University. Online classes are based on live video platforms for open discussion to nurture critical and creative thinking. Students in four-year degrees take part in internships and public projects in cities in seven major countries to build field experience and global capabilities. Venture investor Ben Nelson sought to reinvent higher education institutions that mostly spent resources on new buildings, winning research orders and sports teams.

Most universities can pursue sustainable innovation by breaking the existing mold and making improvements to create new markets. Curriculums must reflect the changes in the industrial habitats and technology trends. The barriers between manufacturing and services are coming down through soft power application in manufacturing. Retail and finance that falls under the services category are turning into tech enterprises. Gaming and web-based mobile platforms require humanity content as much as technology. Increasing the quota for science and engineering departments cannot be enough to meet the transitional period. Convergence in technology and content is required in education.

Under the majors-focused education system, students are busy getting the required credits for graduation. Major studies in humanities, social science, engineering and arts should be modularized so that students can choose them for their career during their four years in college. “Micro-schools” also can be used to allow courses in weeks or months on specific technology such as 3-D printing design or retraining. The Education Ministry must lift regulations so that universities can try new methods.

Futurists forecast that about 60 percent of kids currently in elementary schools will be engaged in jobs that do not exist today. When professions and jobs change, higher education must change too. Reforms in universities would have huge ramifications on broader society during this transitional period to the digital age. The fate of universities depends on the changes they make today to prepare for the future.

Shipbuilders look toward a future of greener vessels and robot ships

Korea to set aside ₩6.3 trillion in 2022 budget for new industries