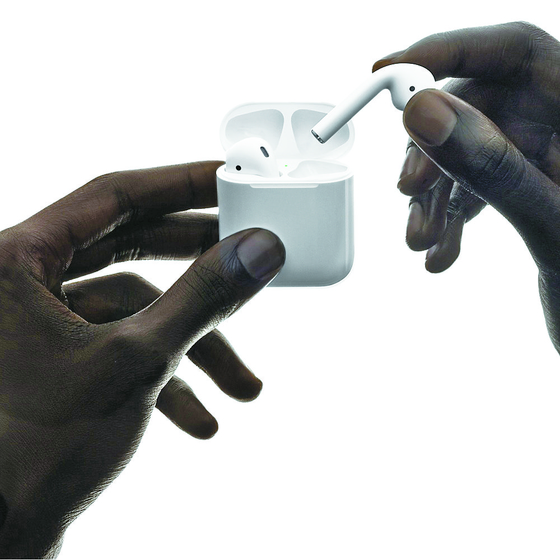 With the smartphone market crowded and cutthroat, the next battleground is wireless earbuds, a product line so far dominated by Apple.

Samsung Electronics and Apple are set to introduce new models in the second half of the year as they fight for share.

According to global research firm Counterpoint Research, about 64 million wireless earbuds were shipped during the first quarter, up 44 percent compared to same period a year earlier.

Total shipments are expected to increase 76.7 percent to 530 million units in 2021, according Strategy Analytics.

Only 1 million wireless earbuds were shipped in 2016, but that surged 15-fold to 15 million units the next year. In 2019, some 1.07 million units were sold, a hundred-fold increase in three years.

Electronics companies that have exited the smartphone businesses or reduced the size of their operations, such as LG Electronics and Japan's Sony, have been releasing new wireless earbuds targeting the growing market.

Apple is the largest player in the wireless earbuds market. The electronics maker created the product in 2016 with the first generation AirPods. 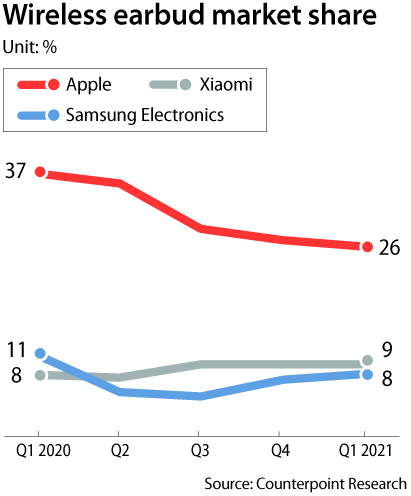 Market analysts predict that Samsung’s new wireless earbuds will sell well this year and narrow the gap with Xiaomi.

Apple is expected to introduce AirPods 3 in the second half of the year. Press reports say the stem will be shorter than in the previous generation. 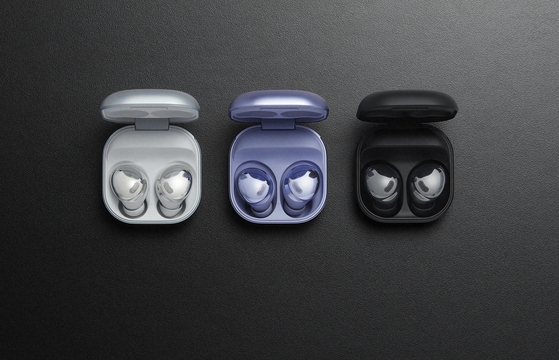 Galaxy Buds 2 from Samsung Electronics were recently certified by the U.S. Federal Communications Commission, according to local reports. They are the follow-up model after the Galaxy Buds Plus, released in February 2020, and are likely to be introduced in August along with a new foldable smartphone and smartwatch. Press reports say it will come in more colors than the previous model.

“Since September last year, the market demand for wireless earbuds has been shifting to mid- and high-priced models,” said Lee Dong-geun, a researcher at Counterpoint Research. “With the positive consumer sentiment, demand for high-end earbuds is likely to grow.”

Xiaomi to release Pad 5 in Korea next week