Who are the real bad guys?

Who are the real bad guys? 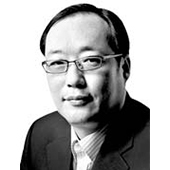 
A CEO of a large construction company said he invited TV drama producers for a meal. He asked why builders who strive to win orders from overseas are painted so negatively on television. “Builders in dramas and films always are engaged in behind-the-scene deal-making with politicians, recruiting gangsters to intimidate residents of development sites, exploiting construction workers and amassing slush funds,” he complained. Though they couldn’t dispute his point, the producers said, “Bad guys — typically CEOs, government officials, politicians, prosecutors and journalists — are needed to grab viewers’ attention.”

A senior executive of a large electronics company said he has never met high-ranking officials from the presidential office or National Assembly. There was never an opportunity. “We get invitations from foreign leaders instead who offer to pay for our flights to learn our know-how. The political power and large companies are now going their separate ways. People in the government or legislature avoid meeting with managers of large companies in case it leads to misunderstandings. Since there is no contact or dialogue, there is little communication or understanding. They instead meet with businessmen of smaller companies, or startups. They hear the woes of subcontractors and think they are learning of the dark side of large companies. The streak of prejudice and stereotyping goes on and on,” he said.

The generation of university student activists who now form the mainstream of the government and ruling Democratic Party (DP) have a bias against large companies. There was the term “comprador capital” in the 1970s and 1980s. Unlike these days, when individuals can freely buy stock and other assets overseas, capital in Korea was differentiated of being either “patriotic” or “non-patriotic” in the industrialization period. Large capital, or companies, were stigmatized as predatory. Student activists took jobs on construction or in factories to expose their abuses. The chaebol prospered through collusion with the military regimes of Chun Doo Hwan and Roh Tae-woo, and the negative frame has been fixed ever since the democracy movement prevailed.

The liberal front regards the chaebol as superrich business groups that must be disbanded. Attacking them became a political weapon after the former ruling conservative party was found to have received a trunkload of cash amounting to 15 billion won ($14 million) from the chaebol during the presidential election in 2002. The incident was replayed over and over in films and TV dramas. During his campaigning in early 2017, President Moon Jae-in vowed to commit himself to chaebol reform, accusing the families that control them of corporate crimes and corruption. Moon recruited outspoken chaebol critics such as Chang Ha-sung as his policy chief and Kim Sang-jo as head of the Fair Trade Commission. Kim ordered controlling families to divest all their shares other than those in mainstay companies. The DP revised the Commerce and Fair Trade Acts and enacted a law to punish employers for accidents on worksites. Chaebol reform has been synonymous with addressing inequalities for the liberal camp.

But the biggest monopoly in the country has been enjoyed by the two rival political parties. Since the direct presidential election system was introduced in 1987, the mighty president and legislature dominated appointments, lawmaking, budgeting and spending. They did not allow other parties in. Companies must persistently pursue innovation and risk-taking to survive. Our two main parties have lasted over the years with lifetime guarantees.

Ironically, it was the chaebol-hostile DP government that has most benefited from the big business groups. It was able to keep up record spending through revenues from corporate taxes. Of tax revenues of 293 trillion won ($262.8 billion) in 2019 and 286 trillion won in 2020, 72 trillion, or 25 percent, and 55 trillion won, or 19.4 percent, was collected from companies. The top 10 percent of companies accounted for a whopping 71.2 percent of all corporate tax. In 2019, the 1,617-trillion-won revenue earned by 64 conglomerates made up 84.3 percent of the real GDP. Majors like Samsung Electronics and Hyundai Motor earned 86.1 percent and 62 percent of their revenues overseas. Yet they have been heavily regulated by the political group that monopolizes domestic power.

While meeting chief executives of the four biggest chaebol groups, Moon said he understood economic conditions today are different from the past. He invited them for a luncheon to thank them for their pledges of nearly $40 billion in investment in the United States and contributing to a stronger alliance with the U.S. Large companies have shared their earnings with their nation. If Moon has really changed his perspective, he must recognize those companies as armies of innovation and partners in developing this nation. Jobs, smart factories, carbon neutrality, the Korea-U.S. alliance, and environmental and social governance cannot be achieved without our companies. It’s time the politicians admit it.

The rush to the bench (KOR)